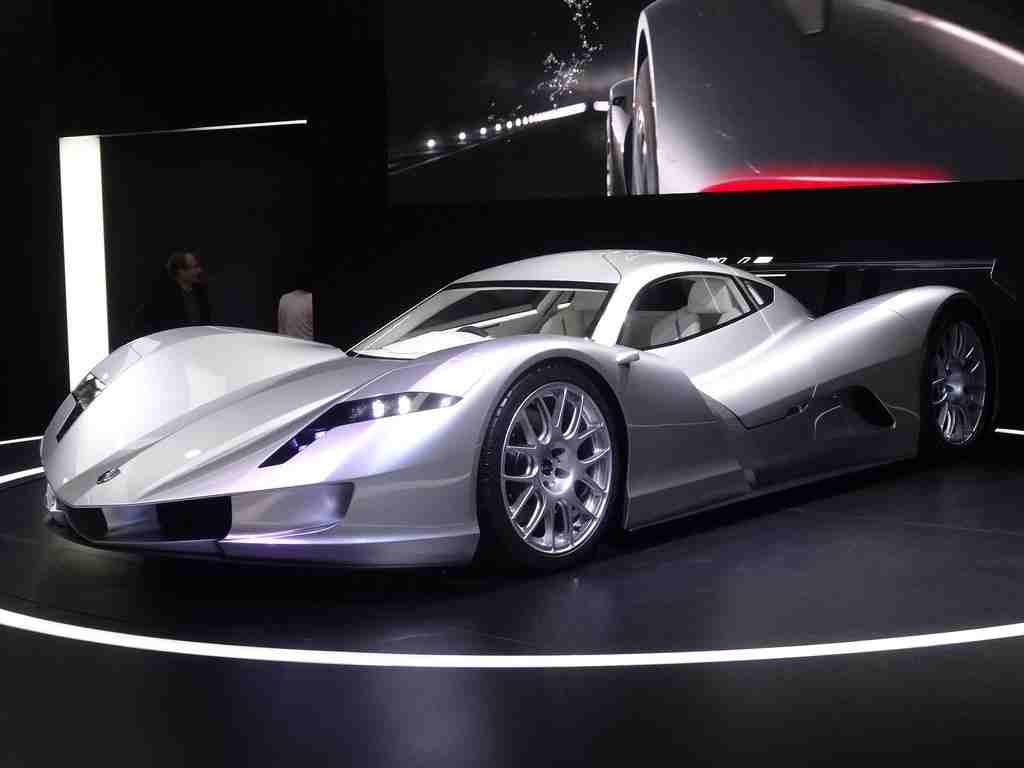 One of the things most intriguing about electric vehicles today is their sick launch times. Naught to 60 has recently become the new yardstick for comparing performance among cars – sort of like what horsepower was for a regular car.

The edge in acceleration that EVs have today is because of the simplicity in transfers of power output. Unlike internal combustion vehicles, the simple design of electric motors sends the power directly to the wheels, giving an instant boost and an amplified torque. This makes EVs accelerate much quicker as the concept of drivetrain loss does not apply to them.

And since most people seem to be quite interested in launch times, we thought it would be interesting to rank EVs based on their naught-60 in 2021. So let’s get started.

A list of fast electric vehicles without Tesla would be… um, ludicrous! The Tesla Model Y is a mid-size SUV weighing just over 4400 pounds – A little too heavy to be on this list you might think. But being the performance version, it is powered by tri electric motors, producing 456 horsepower and 639 Nm of torque which makes this gull-winged performance SUV scurry to sixty in just 3.5 seconds.

The Audi RS e – Tron GT Quattro is a close cousin to the Porsche Taycan based on similar architecture and battery pack. It also makes use of the same dual electric motors to power all four wheels – Quattro you see. However, the power output from the two cars is not as similar as you would expect them to be. This Audi produces 590 horsepower as standard but with over-boost, it is able to reach beyond that and deliver 0-60 time of 3.1 seconds.

The Eh – Viah Hypercar was unveiled back in 2019 and it was a pleasant surprise. Lotus isn’t used to or famous for making such cars and so an all-electric hypercar that’s super exclusive and one of a kind was quite the delight. The car was set to go into production later that year but unfortunately, the pandemic hit. And though it’s not a typical lotus, the carmaker still managed to deliver on its promises of lightness – the Evija is the lightest hypercar to date. Being so nimble should mean the Evija could do naught to 60 in less than 3 seconds once it furthers in its developmental phases but for now, Lotus’s claims are held rather conservatively.

The only car that saves this list from being a laundry list of hot, expensive, exotic cars that no one has really heard of, is the Porsche Taycan Turbo S. The legacy automaker, most famous for its build quality and reliably stable – performing flat-six engine has finally tried its hand at electrification.

The Porsche Taycan Turbo S, much like its IC cousin the Porsche 911 is sure to make a distinct name for the brand again. It completes the 0-60 mark at just 2.6 sec. Though being German this number is probably not true. There might be times when you do naught to 60 in 2.5 secs or 2..4 secs even. Who knows.

Out of all the new brands and legacy automakers entering the electric car market, Lucid poses to be the real competition to Tesla. The lucid air has already beaten Tesla by making the highest range EV and the startup further aims to focus on capturing the demand for luxury electric vehicles. The lucid air’s dream edition is optimized for delivering lightning fast speed with a long range and is powered by dual electric motors that put out 1111 horsepower and 737 nm of torque. It does naught to 60 in a brisk 2.5 sec.

You might be wondering why the latest, most brutal edition of the Tesla Model S isn’t higher on our list. After all, it was claimed to be the fastest 0-60 production car by Elon Musk. But that’s it! It was claimed. The Tesla Model S, sadly, does not even break the 2-second mark. It seems as though Elon Musk or Tesla’s marketing team took some liberty with the rules of how Naught-60 is actually measured. Tesla 0-60 figures deliberately subtract roll-out time – a term only those in drag races would know, which gives the car an advantage of roughly 2 seconds. But we’re not one to play fast and loose with drag race rules, so taking out the extra 2 would be 1.9+2 which would give us 2.1 seconds give or take.

As tongue-twisting as the name may feel at first, this is probably the most fun to say. Hey, I drive an automobili Pininfarina Battista. I would like to have this car just for its name. Anyway, this electric powerhouse is a touch of classic beauty with the sophistication of a modern supercar all at the same time. Its quad motor powertrain puts out 1900 horsepower and 2300 nm of torque swiftly going the 60 miles mark in just 2 seconds.

Little known fact –  it takes precisely the same amount of time for the car to complete a quarter-mile as it takes for an average guy to properly learn its name.

Okay, so the model S plaid’s launch time is a bit of a fib but the Tesla roadster’s insane specs and record-breaking timings aren’t to be taken into questioning. It feels like eons since the Tesla Roadster was showcased to the audience as an early surprise sighting in 2017. No one has really driven it for themselves but the footage of its face-bending launch doesn’t seem to belie the claims made. The Tesla roadster is said to do naught to 60 in just under 2 seconds and it seems quite promising this time. It had a nimble presence, quite possibly the most aerodynamic design ever, and a take-off comparable to an actual rocket and they are actually thinking of fitting a rocket at the back! That I think would be unnecessary.

In the long line of expensive, exotic, and highly exclusive cars, the Rimac Nevera takes the standards up a notch by being something more. Not only does the Nevera have a bonkers, record-breaking 1914 brake horsepower, and 2360 nm of torque – a crazy spec sheet, to begin with, it also manages to pack in a 120kwh battery delivering more than 400 miles of range.

The Nevera was interestingly named after a Croatian storm and quite aptly and ably storms down to sixty in a bonkers 1.85 seconds.

Japanese engineering is known for producing dependable engines. Some of the world’s most reliable cars – Honda and Lexus come from Japan. But the world hadn’t yet seen Japanese engineering in the electric segment. After teasing for their first electric hypercar “the owl” for nearly four years, aspark finally pulled the wraps off and settled all the rumours surrounding the car. The Aspark owl debuts an insane spec sheet and raises the standards high for electric hypercars. It puts out an incredible 1985 horsepower and tops our list with the quickest time of 1.65 secs for naught to 60.