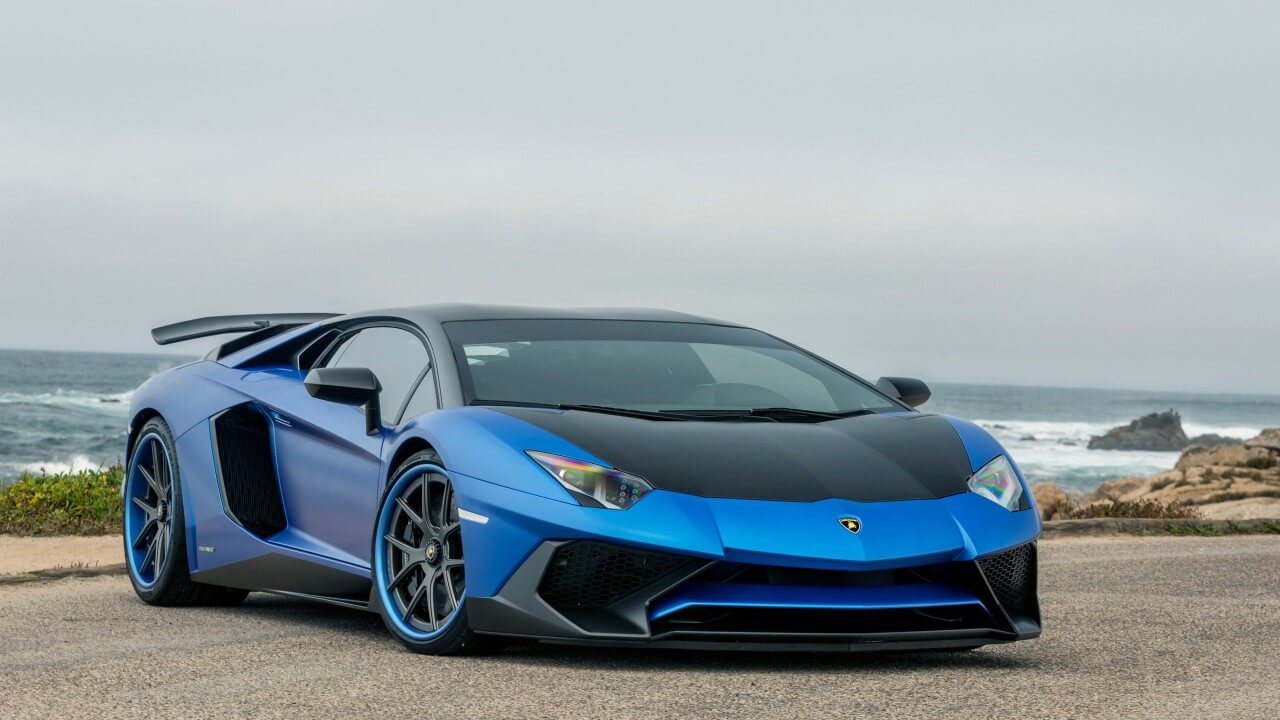 Speed is unquestionably a must-have feature for sports automobiles. While sports cars are growing increasingly popular in India, most of the country’s roads are in terrible condition and might inflict serious damage to the vehicle as well as the person inside. However, if anybody is interested in purchasing a sports automobile, there are several options available in India.

What adds up to the qualities of the fastest car?

Yes, the power of your engine is the most crucial component. More potential for speed conversion exists when the engine is more powerful. But how do you translate engine power into speed? For the solution, read the next factor.

The tools that manipulate speed and torque are known as gears (since the product of speed and torque is the power). They are in charge of turning torque into speed (however the power remains the same). Less torque is available to the tyres at higher speeds for a given vehicle.

It comes as no surprise that when driving up mountains, we shift into first or second gear to receive less speed but more power. Therefore, the speed of our car will increase as the gear ratio does.

Without a doubt, a vehicle’s payload determines its top speed. Automobiles with higher payloads will travel at slower speeds than cars with lower payloads.

When determining the top speed of the car, aerodynamics is crucial. When air strikes an aerodynamic structure, there is less resistance. There is no doubt as to why racing automobiles are always made streamlined.

5. Tire grip on the surface of the road

While an automobile is accelerating to its top speed, the tyres should have enough traction on the pavement.
Slipping will occur if the tyres lose traction, which will lower speed and shorten tyre life

The engine always receives greater power from gasoline with a high energy density, which is directly proportional to the car’s top speed. So never disregard the fuel.

Manufacturers all around the country are now selling attractive, functioning, fast, and, most importantly, fast automobiles. In India in 2020, here are the top ten fastest automobiles you can buy. 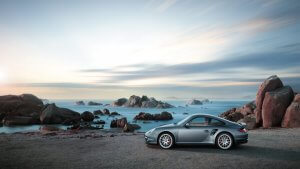 The Carrera S and the Carrera S Cabriolet are two different models of the 911. Both cars are powered by 450bhp and 530Nm petrol engines of 2981cc displacement. 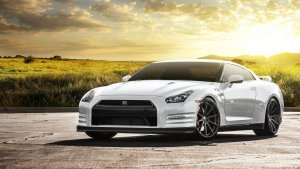 Nissan stands out for all the right reasons when it comes to fast cars. A 3.8L V6 Twin-Turbocharged petrol engine produces 570PS and 637Nm of torque, and it powers this beast.

The GT-R has a 6-speed dual-clutch automatic transmission that accelerates the car from 0 to 100 kilometres per hour in about three seconds.

Although the Nissan GT-R appears to be a muscle car, it is actually quite fast, capable of reaching speeds of up to 315 km/h.

The Nissan GTR is a no-brainer in the segment of the fastest cars on the market, and it’s one of the best options for buyers looking for speed and muscle. 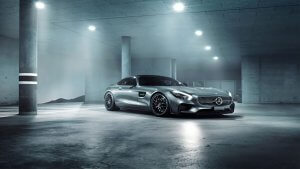 The Mercedes-Benz name has been synonymous with quality for generations, and the AMG GT is no exception. The AMG GT R and the GT Roadster are the two versions of the vehicle.

The GT R is the top-of-the-line vehicle, with a 4.0L Twin-Turbo V8 petrol engine that produces 585PS and 700Nm of torque. 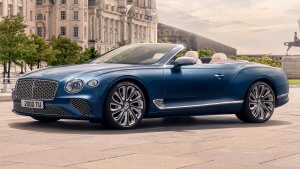 Aston Martin makes classic and exquisite automobiles, but the Vanquish adds speed to the mix. The Vanquish is powered by a 5.9L V12 naturally aspirated petrol engine that delivers 565bhp and 620Nm.

The engine is connected to an RWD-capable 6-speed automatic transmission. The Vanquish has a top speed of 324 kmph and can accelerate from 0-100 kph in 3.8 seconds.

While getting your hands on an Aston Martin Vanquish may be challenging at the moment, you may use a used vehicle finder to get a fantastic price on a used model. 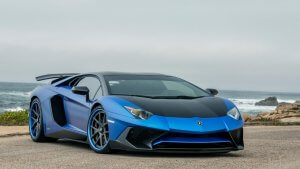 The Lamborghini Huracan EVO is a limited edition car with some of the most powerful characteristics the brand has to offer, and it’s no surprise that it’s one of the main reasons why prospective buyers are preparing their RC transfers in the country.

To begin with, the car’s bodywork is slightly different from the standard Huracan, with a lower grille and sharper side air dams. Dual exhaust caps lie behind a redesigned grille and LED taillights on the back of the automobile.

The same 5.2L Naturally Aspirated V10 petrol engine powers the Huracan EVO, which is coupled to a 7-speed automatic transmission. 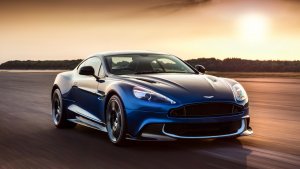 By far, one of the most popular and most used cars from the Bentley lineup, the Continental is adored by celebrities for its sporty good looks and convertible design. The body of the car is sleek, like all Bentley cars, and is designed for speed.

The Continental reached a top speed of 327 mph and can go from 0-100 kmph in just 4.4 seconds. All this power comes from its Twin-turbocharged W12 petrol engine that pushes out 900Nm of torque at 5998cc.

Attached to the engine is an 8-speed automatic transmission that also features All-Wheel-Drive support. The Continental has a mileage of about 9.5 km and comes equipped with a 90-litre tank. In terms of features, 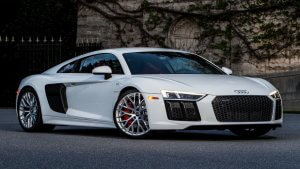 Due to its sleek, distinctive design, the Audi R8 is one of the most well-known supercars in the world. A 5.2L V10 petrol engine with 610PS and 570Nm of torque resides beneath the hood of the R8.

The engine is paired to a 7-speed dual-clutch S-Tronic transmission, which allows the R8 to reach a top speed of 330kmph and accelerate from 0 to 100kmph in 3.2 seconds.

The Audi R8 is unquestionably one of the best options on the market if you’re seeking speed and a car that looks simply stunning. 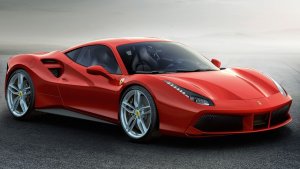 Ferrari has been able to sell cars on a consistent basis in India since its introduction – none more so than the Ferrari 488 GTB. This beast of a car combined style and power into a near-perfection vehicle.

It has a 3.9L Twin-Turbocharged V8 petrol engine with a 7-speed Dual-Clutch automatic transmission that delivers 760 Nm of torque and 660 PS of power.

The car can reach a top speed of 330 km/h thanks to this powerful engine. The 488 GTB is one of Ferrari’s best all-around performers,

with athletic exteriors, opulent interiors, cutting-edge technologies, high-quality materials, and a strong engine – all packed into a compact package.

The Ferrari 488 GTB is one of the best all-around performers in the series, with athletic exteriors, opulent interiors, top-tier technology, high-quality materials, and a strong engine – all wrapped up in a compact and elegant body. 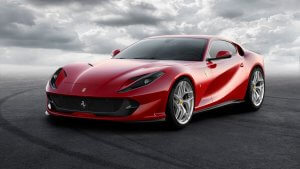 The Ferrari 812 Superfast was introduced in India as the country’s most expensive vehicle, with a price tag of 5.2 crores. It is the successor to the F12 Berlinetta and one of the brand’s most powerful vehicles.

The engine is paired to a 7-speed F1 dual-clutch automatic transmission with Slip Slide Control for greater traction and control at high speeds.

Anti-lock brakes, driver and passenger airbags, a multi-function steering wheel, automated climate control, voice control, and adjustable seats are just a few of the numerous pieces of equipment available on the 812 Superfast. 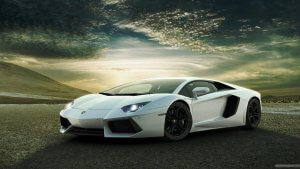 The Aventador is sleek, beautiful, and incredibly powerful, making it one of Lamborghini’s most popular pre-owned automobiles in 2019.

The 6.5L V12 petrol engine, which lies beneath the hood and has a top speed of 351 kmph, provides all of that power.

The powertrain on offer is a 7-speed automatic that can accelerate the automobile from zero to 100 kilometres per hour in under 2.8 seconds.

The Aventador is available in three versions: S, S Roadster, and SVJ, which has the highest power. The Aventador has a streamlined appearance thanks to its compact front bumper and grille, as well as its extended LED headlamps.