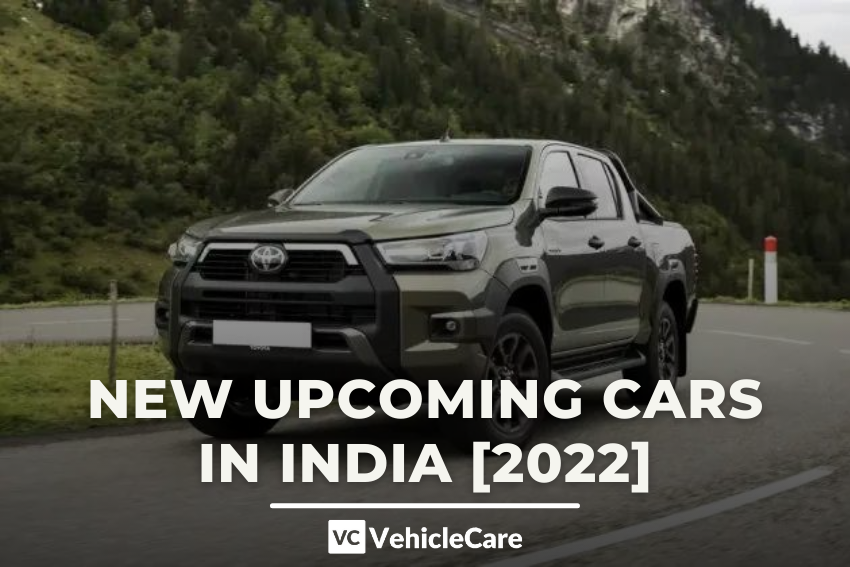 In the year 2022, the Indian automobile industry will debut many Upcoming New Cars like new and innovative products. Let’s look at the starting of the year with so many new upcoming cars and long-awaited automobiles which are being delayed due to the ongoing pandemic. The first month of the year will be jam-packed with New Upcoming Cars launches throughout different price Range. So, in this post, we’ve provided you with a list of all the major automobile launches set to take place in India in January 2022. Toyota, Maruti Suzuki, and Tata Motors have several cars and a few low-cost CNG vehicles on the list.

Toyota is recognized for its reliability and comfort, adding durability and versatility to that list as well will bring us to the Upcoming Car Toyota champion Hilux. The Toyota Hilux is the vehicle in question these days. Toyota is not recognized for pickup trucks still adding something to the upcoming car list in India Toyota is changing its marketing strategy. The Upcoming Hilux will be one of the few pickup trucks on the market, with the Isuzu D-Max V-Cross as its closest competitor.

Toyota helix is expected to come in two engine variants as

With a double-cab body type, and a few special parts which will make it look masculine and unique are

Loaded with some cool new features that we expect from any Upcoming Car in 2022.

In India, All-new Maruti Suzuki new-generation Celerio will be on the most awaited Upcoming Cars in India. The Celerio is powered with an all-new 1.0-liter K10C which is a naturally aspirated petrol engine that produces 65 horsepower and 89 Nm of peak torque. Maruti The bus is now preparing to release a CNG version of the vehicle. In India, the Maruti Suzuki Celerio CNG is slated to debut later this month. It will be powered by the same petrol engine, but with a lower level of tuning, and will only be available with a 5-speed manual transmission.

Ertiga is one of the best 7-seater cars under budget in the Indian market and is also liked by many.

On the same platform as Maruti Ertiga, Toyota is going to introduce its Toyota Rumion which will be seen soon on the Indian roads by March 2022 as per the Upcoming Cars report.

A 1.5-liter four-cylinder petrol engine producing 103bhp and 138Nm of torque is slated to power the Toyota Rumion which will give quite a good driving experience A five-speed manual transmission and a four-speed torque converter transmission can also be seen.

Features we heard rumors about are:

If we talk about its rivals and competition The Maruti Suzuki Ertiga, Maruti Suzuki XL, Renault Triber, and Mahindra Bolero Neo will all compete against the Toyota Rumion.

But the Upcoming Car Toyota Rumion is going to give a tough fight too.

On the same platform as Maruti Ciaz Toyota is going to introduce its Upcoming Sedan Toyota Belta which is expected to be available in India By the end of 2021 which is predictable due to the discontinuation of Toyota Yaris.

The Toyota Belta will be powered by a 1.5-liter petrol engine from Maruti that produces 103bhp and 138Nm of torque. A five-speed manual gearbox and a four-speed torque converter automatic transmission are possible transmission options.

Although Toyota Balta is going to face huge competition in the sedan section from its rivals- The Maruti Suzuki Ciaz, Honda City, Hyundai Verna, Volkswagen Vento, and Skoda Rapid will be Toyota Belta’s competitors.

The Tata Tiago and Tigor’s upcoming CNG variants will be loaded with featuring a detuned version of its current 1.2-liter petrol engine, which produces 84 horsepower and 113 Nm. The engine will only be available with a 5-speed manual transmission.