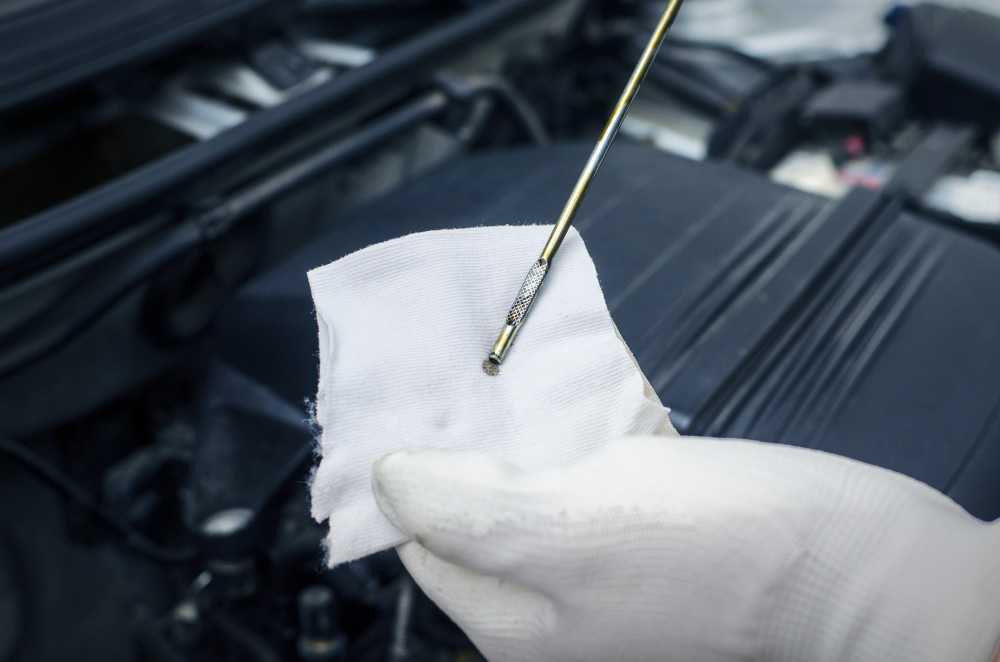 Unusual noises from the engine are always quite nerve-racking but it can be especially so when you have been on point with your maintenance.

Having an oil change periodically is important in the sense, it improves the engine performance as well as serves as an assurance for keeping problems at bay.

So a ticking noise after an oil change doesn’t quite seem right.

A ticking noise is generally the result of a lack of lubrication where the moving components do not get sufficient oil for their seamless movement.

The type of engine oil is another significant factor that affects the working of engine components. Manufacturers usually maintain very specific viscosity requirements for their vehicles due to the different rod bearings, hydraulic lifters, what pump is capable of, etc.

Using an oil with a different viscosity than the one recommended by the manufacturer can create issues with oil pressure, friction, and free movement of the components.

The implications of viscosity on the engine also depend on how far you veer off the specified recommendation. If the manufacturer recommends 10w30 but you choose to go with a slightly different 15w30, it might or might not create problems but if go higher and select 20w50 that could potentially spell problems for your engine.

More viscous oils can be harder for the oil pump to process as well as for the moving parts to work with. Whereas thinner engine oil might not adequately lubricate the component and increase their contact with each other producing ticking noises.

When choosing the engine oil make sure, the specification labeled on the purchase is the same as the manufacturer recommends. Manufacturer’s oil specifications are designed to balance out the viscosity for the most efficient operation of your vehicle so sticking to the mentioned oil type is ideal.

When new oil is poured into the engine it is generally thicker than the used fluid. The viscosity of the oil slowly comes down as the oil is warmed up between the moving components and further decreases with time and wear.

While a weak oil pump may not have a problem with the old and thin lubricant, it may find it hard to circulate the new oil into the system.

Poor circulation due to a faulty component can mimic the effects of low lubrication. If there is something not allowing for sufficient oil to be sent to the engine, your vehicle can quite literally gasp for some. The oil filter plays an important role in maintaining correct oil pressures. Replacing the filter with the wrong one can decrease and sometimes increase the oil pressures through the pump which can cause abnormalities in the engine performance.

A decreased oil pressure however is what primarily causes the engine components to make the ticking noise. The revolving parts rub against each other as the friction from low lubrication increases. So if happen to use a different oil filter, it could be the reason why your engine is making a ticking noise after an oil change.

There are a variety of filters available in the market and generally, not much attention is paid to the type of filter one needs to buy. More important than buying a high-quality oil filter is choosing one that has worked for you in the past as with different sizes and specifications designed for the newer coming models it may sometimes not produce fitting results for your vehicle.

A properly torqued drain plug is one often overlooked aspect of oil change when performed at home. While a partially loose oil plug may not show immediate signs, it can lead to leakage after a while which may result in the engine’s ticking noise. The leak slowly drips the engine oil, restricting the lubrication of engine components and causing accelerated wear.

The drain plug is meant to hold the engine oil in the oil pan which is located underneath the vehicle. If the drain plug isn’t in place the oil will flow out just by its own gravity.

Further, tightening the bolt too firm can also cause a similar problem. Overdoing the screw can lead to weakened threads in the drain plug which can make its grip weaker.

It must be noted that a loose oil plug does not restrict to a ticking noise but can have far-reaching effects. If the plug comes off and there is a severe leak, it could result in irreparable damage to the engine.

Another common mistake that a lot of people make when changing the engine oil for the first time is not oiling the filter. This is an important step because the oil pumped will first have to go through the oil filter before it reaches the engine. If the unit is completely dry, it will allow the filter to pump air causing the lifters to make a ticking noise.

This sort of problem does not last for long but can be a bit confusing and lead you to believe there is a problem. So if you missed this step, you should not worry when the ticking sound disappears without a trace.

Though as a general practice you should lube the filter as it serves to properly lubricate the engine and also saves you the uncomforting noises.

To make sure the noise developed in your engine has been after an oil change, it is important to be extremely thorough with examining the components and steps pertaining to the oil replacement as the engine should sound like what it did before the oil change. In some cases, the ticking noise can persist even after carefully checking off the best practices. Such noises are more often an indication of a broken part or excessive wear on the components within the engine.

However, to fix those noises, you should never choose to mix additives to the engine oil. Additives will only mask the problem and not fix it. It will be more like turning a blind eye than taking an action to fix the problem.

It might soothe your ears but will come with a cost. So if you still hear ticking noise coming from your engine, a detailed diagnosis from a reputed workshop is recommended and if you have a  question or suggestion do let us know in the comments down below.