8 Reasons Why Your Car Is Hard To Start When Warm 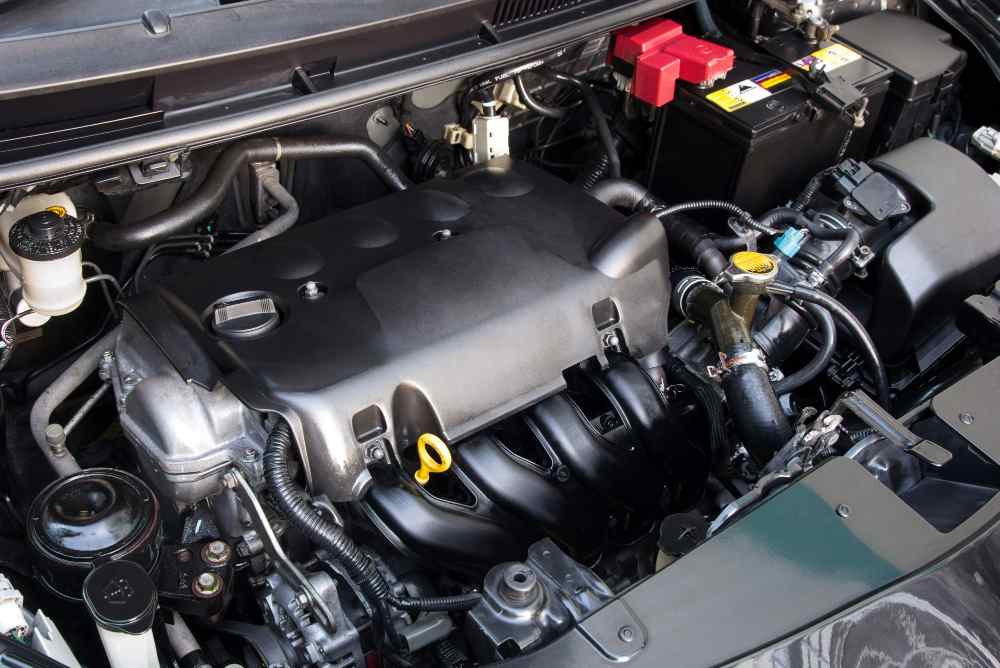 More often than not a car that is slow to crank is not indicative of a serious problem within the engine and could just be experiencing minor issues that hinder the combustion process.

If your car is hard to start when warm, it could be due to a few different reasons. However, the most commonly noted cause for such a problem is the engine coolant temperature sensor.

Ideally, the coolant temperature sensor should allow less fuel to be injected into a hot engine when it starts but if the sensor is not working correctly, it will not be read the right temperature information to the ECU and allow for more fuel to be injected in the warm engine. This can result in hard starting or trouble restarting the engine and might even cause the engine to run rough when it eventually starts. Many times simply unplugging and plugging the sensor fixes the problem. Though you could also check other areas as well. The sensor’s wiring and plug can sometimes get chapped or broken. Moreover, if you have a multimeter you can use it to see if the CTS is working properly and if not you would need to replace the sensor with a new one.

There are a number of components at play in the ignition process. In some cases, the vehicle may be hard to start but will show no signs of falter beyond the ignition and run completely fine. So if easy fixes do not solve your problem you may need to probe a little deeper with the vehicle to gather more definitive answers.

Reasons That Can Cause Hard Starts When Warm

To turn over a vehicle, several components work together to produce the cranking power and make the combustion process a success. and with these numerous components in working, the range of causes for a car that is hard to start isn’t exactly slim.

So let’s begin by narrowing the possibilities down. Here are the things that can cause your car to not start when warm.

As mentioned above, this is probably the most common reason for poor starts due to a change or varying temperatures of the engine as the CTS is what feeds the information about the coolant temperature. A coolant sensor that is somehow unplugged, may think the temperatures are 40 below O while one that has gone wrong or has its wires crossed could take the temperatures as wrong and high as 240 degrees. In both cases, the temperature data sent to the ECU will not have the correct information for adjusting the fuel mixture resulting in hard starts. Most times installing a new coolant temperature sensor should fix the issue promptly, though you must do a multimeter to rule out if the CTS is indeed the cause.

If you do not have a multimeter, you could assess the issue if you face the following symptoms of a bad coolant temperature sensor along with a poor start.

One of the most common reasons for a bad ignition is a weak spark. Spark plugs serve a crucial role to initiate the combustion process, they set in motion the actual burning of fuel and turn the engine over. And for that reason, almost all hard starting issues can be to some level attributed to a faulty spark plug. By themselves, spark plugs are quite durable components that last typically around 2-2.5 years although their service interval is influenced by a variety of factors, affecting the rate at which they wear and go bad.

If your vehicle shows any of the signs mentioned below in conjunction with a hard start it could possibly be a fault with the spark plugs.

As the engine cranks, it begins to suck air and fuel into the cylinders to compress and ignite the fuel mixture. Air filters ensure the introduction of clean and contaminant-free air in the fuel mixture for a smooth combustion process and also help in the ignition process. However, over time, air filters can become saturated with unwanted particles that reduce their efficiency to clean and send oxygen to the engine. If the air filter is excessively dirty it could even affect the fuel/air ratios, resulting in starting problems for your vehicle. A dirty air filter is also known to affect the spark in a vehicle. The reduced airflow from the clogged air filter provides a way for some unburnt fuel to escape down the engine forming soot on the spark plugs. This can cause a hard stating issue as well.

Air filters are easily accessible from the hood,  they are located front of the engine compartment. You can take out the air filter and take a look if it is clogged or has some debris trapped. You can also assess some of the other reasons associated with the clogged air filters.

Another common problem for hard starts is a fuel pump that has gone bad. The fuel pump servers a simple yet important purpose, it spins to create a high-pressure flow of gasoline in the fuel lines so necessary power is maintained in the engine. A weak fuel pump can still supply the fuel necessary to turn the car over but it could cause difficult starting conditions.

One really easy way you could check to see if your fuel pump is working fine is by putting the key in the run position which one click less than required for ignition and listening for a hum as the pump spins and pressurizes the fuel system. The sound usually comes from the backseat where the fuel tank is located. If your fuel pump fails to prime adequately, the engine may crank but due to the reduced pressure of fuel, it may not start in one go.

In order to confirm, if it’s a fuel pressure problem, you could loosen the nut that holds the fuel line into the fuel rail and observe the squirt pressure. You may also look at few other symptoms that come with a faulty fuel pump

Batteries usually struggle to turn over the engine in an opposite situation, a less of a warm climate is what generally affects the battery. This mainly happens because the battery has to crank with more power when there is a drop in temperature which can also be measured through CCA, a rating allotted for its cranking power. However, a similar kind of issue in the ignition can arise if your battery has built up rust on its terminals.

Corrosion along the battery terminals tends to interfere with the ground connection and can hamper the ignition process for the vehicle. To check for corrosion you could simply locate the battery and attempt to clean it with a dry cloth (make sure the car is turned off). If the starting problems disappear after this you would know the culprit and if not, a battery assessment might be the next thing you should go for as rust can indicate, the unit reaching the end of its service life.

Here are some other symptoms you would find if your battery terminals are corroded.

Vapor Lock In The Fuel System

If you have an old car that uses a carburetor instead of fuel injection, vapor locks can be a huge concern. Modern cars on the other hand are also not immune to its effects. The roadblock in fuel circulation built by a vapor lock can create numerous drivability issues including hard starts. Vapor locks occur when the flow in injection lines boils and vaporizes. The vapor pressure creates a gas bubble which impedes the flow of liquid fuel in the gas line causing reduced pressure. Vapor lock usually occurs during extremely hot weather conditions where the thermal expansion of gasoline is triggered.

Keep in mind, vapor lock occurs when driving or idling in hot weather, It does not take place on a vehicle, sitting in a parking lot in parching heat.

The exhaust gas recirculation system introduced for modern vehicles is a means to reduce NOx emissions. It lowers the concentration of oxygen in the combustion chamber and works to dissipate heat as well. The EGR caps the engine’s ability to breathe and directs a small amount of exhaust gasses back into the cylinders, lowering combustion temperatures and NOx emissions. The valve in EGR is an essential component that is required to stay closed. If the exhaust gas valve somehow gets stuck open it can let air into the intake creating unexpected problems for the engine. The engine will not able to get enough fuel to burn which will cause it to struggle. Further, when the vehicle starts, the amount of oxygen coming from the EGR valve is constantly changing, so it’s hard for the engine control unit to account for the bad EGR. In some places cleaning the valve can solve the problem though for most a replacement will be the only option.

A stuck open EGR valve can also lead to the buildup of pollutants, dirt from the fuel and create a vacuum leak in the intake manifold, leading to various drivability issues, such as a knocking, rough idle, hard starting, stalling, and even trouble to turn the car over.

Manually removing and examining the EGR requires some level of technical knowledge and experience. However, you can identify the issue, by looking for these symptoms.

But in some cases, the engine control unit may work with faint signals sent by the sensor and try to deliver the spark. Some modern vehicles may even resort to using the camshaft position sensor instead if the crankshaft sensor fails. The failing sensor essentially delivers inaccurate information about the timing, resulting in an improper fuel mixture to start the ignition with.

As an improper amount of fuel is introduced into the engine, problems could manifest in a variety of ways. here are the signs you can look for to diagnose you have a bad crankshaft position sensor.

Can A Bad O2 Sensor Cause Hard Starts

An O2 sensor pretty much serves no role in the ignition process. A bad O2 sensor cannot possibly cause starting issues, as the ECU will not take into account the information from some of the sensors until the engine has already been running for a while. The o2 sensor will later down the line provide information about the efficiency of the fuel mixture which the computer has to interpret.

Can Throttle Body Cause Hard Starts?