7 Symptoms Of Clogged Oil Filter That You Shouldn’t Ignore 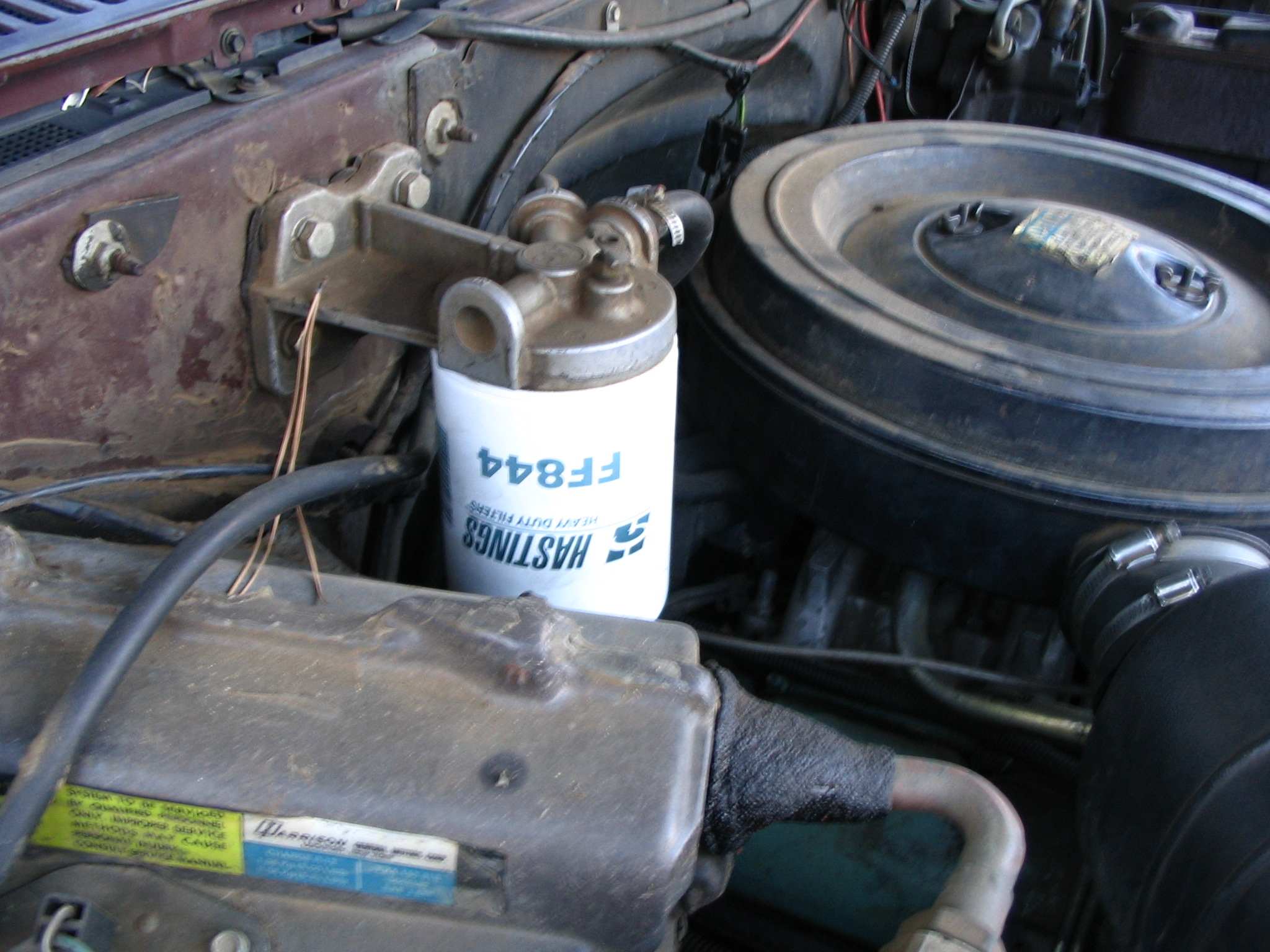 One can assume that if they just replaced the engine oil on time, there will not be much for the oil filter to clean, and thus replacing it every double the recommended interval will make more sense plus will also be much more economical.

Now, not to bag on the people trying to be a little cost-efficient, it is actually rather difficult to access the oil filter than just changing the engine oil for oneself. You might have not had the time to visit a workshop or maybe the oil filter is not old at all, yet surprisingly dirty.

What Does The Oil Filter Do

As the metal components in your engine constantly move at a very close distance, producing the necessary power for your vehicle, It is essential to have good lubrication and an unhindered flow of the oil for proper cooling of the system. But since the combustion process is not at all byproduct-free, there has to be a regulator for the circulation of only clean lubrication.

This is where the oil filter comes into play. The oil filter works by moving the oil inside the filter where it rids the particulates the engine oil has collected while traveling the engine and then sends the clean oil to re-enter the engine for aiding in the smooth operation.

Signs Of A Clogged Oil Filter

An oil filter should be changed along with the engine oil every 10000 km or so. Veering from this standard range may or may not have drastic consequences but if the oil filter is enough gunked up, symptoms of such can be multifarious  Here are seven telltale symptoms that indicate if your oil filter is clogged or dirty.

A Consistent pressure of the engine oil is necessary to maintain the proper cooling and lubrication of all moving parts. This pressure is determined using a sensor that calculates the resistance of the fluid as it travels through the channels of the engine. The inconsistencies in oil pressure can be either low or high depending upon the nature of the anomaly. Low oil pressure is usually caused by a clogged oil filter whereas a surge can be a sign of a broken pressure relief valve. When the oil filter gets clogged, it causes a differential pressure across the filtering system and opens the bypass valve that is held in position by a spring.

This causes a decrease in the consistent pressure of an otherwise normal and unhindered flow. Few vehicles that are fitted with a pressure differential switch will be able to detect this and drivers can easily check the dash signal to be in the know of any changes in the oil pressure.  Although, not every car comes with a pressure sensor as standard. There is however a manual way to check the pressure but it requires a bit of technical prowess, specialized equipment, and some amount of time. In any case, a vehicle that receives regular oil changes and is well maintained most likely will never have this problem.

Knocking Sound In the Engine

According to Hyundai, vehicles that are replaced with an aftermarket oil filter can experience knocking in the engine. The reason being the different materials used and the different specifications of the oil filter that cause variations in the predefined oil pressures. The pressure of engine oil varies from manufacturer to model but it usually should be between the range of 25-60 PSI. Further, your oil pressure should maintain a constant flow around the first 20 minutes of the ignition as the oil reaches its operational temperatures. Interestingly, other vehicles that have had a bad service history were found to face a similar problem, not due to aftermarket filters but simply because of the clogging. If the oil filter gets severely clogged or accumulates sludge and abrasives from bad engine oil, it can cause the bypass system to send unfiltered oil, resulting in rapid wear of the camshaft also known as the “cam effect” which in turn can produce knocking sounds in the engine. Such a condition can have irreparable damage to your engine and so any sound coming from the engine should never be ignored.

An engine can overheat due to a number of reasons, including a dirty oil filter. A bad filter exacerbates the effects of low engine oil and is commonly observed by drivers and mechanics. As the engine oil wears out, its lubrication properties along with cooling ability diminish. However, this alone does not produce alarming levels of heat and allows for enough time to have the oil replaced. But if the oil filter gets clogged, it may restrict the flow of the already low engine oil. This severe cutback in the cooling agent is what leads to engine overheating. Oil filter that has become saturated with dirt not only holds the motor oil but also deteriorates its lubrication properties causing increased friction among the moving parts which is another reason why the engine might heat up during normal drives. It may cause the check engine light to come on.

A sputtering engine is quite the nerve-racking scenario, it indicates a deeper problem within the engine, that it is not able to run properly. But sometimes a sputter can be due to a blockage in the oil filter. It occurs when the clogged filter sends unfiltered and in some cases sludge-worn engine oil to the vital components in the engine, causing them to splatter the oil due to inefficient operation.

Sputters are quite literally the sound of engine damage that can start as a faint and indistinct ticking turning into more violent sputters so ignoring such sounds is not at recommended, in fact, you should have your car inspected for the proper cause without any delay.

For your engine to perform optimally, there is a myriad of factors that come into play. It is often hard to diagnose what exact culprit that comprises the performance of a vehicle. But, generally checking off basic maintenance practices such as changing the oil filter with every oil change can go so far as not only helping prevent unwanted performance decline but also boost your performance. The oil filter has a huge impact on the engine as it regulates the clean oil going into the system. If you choose to go without an oil filter change, it can after a while be no longer able to clean the engine oil, allowing the bypass valve to circulate dirty and unfiltered oil. Dirty and abrasive oil can have disastrous implications for the engine which is why a clogged oil filter also triggers the check engine light.

Another commonly observed symptom of a clogged oil filter is dirty smoke from the exhaust. This mainly occurs due to the burning of impurities of the dirty engine oil that get leaked inside the tailpipe. You may also find oil leaks on the ground as the clogged filter holds on to some of the thick liquid and slowly drips it out.

As we know the importance of engine oil for the smooth function of the moving parts in an engine, the amount of engine oil entering to lubricate these parts has to be sufficient. If the engine oil is low or is not being able to get through the filtration system, it can increase the friction of the engine components causing them to grind against each other instead of seamlessly working alongside. This can cause crackling noises of the metal parts that increase with the wear of the oil filter and can potentially damage the engine.

The design of modern cars does not make it easy for an average joe to replace his engine oil filter and while oil replacement can be done at home, you should leave your car’s maintenance to the experts. The best practice in avoiding any problems with your oil filter is having a timely oil change along with the filter and always following the manufacturer’s recommendations for the replacement intervals.