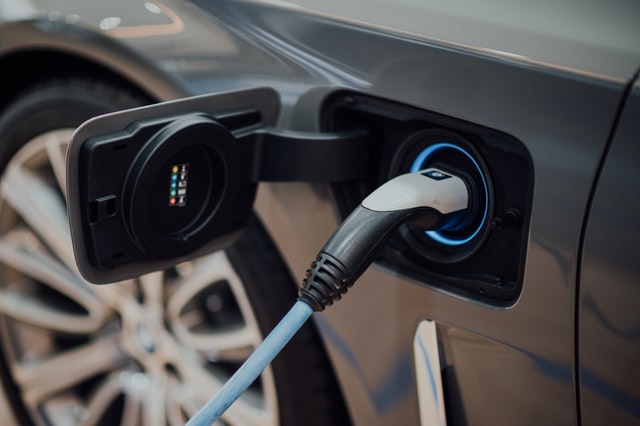 While many disruptive technologies are rapidly progressing, 5G seems to be the futuristic technology, closest to making its way to us. The technology of the 5G is just around the corner and is bound to have a far-reaching impact on a number of industries but in this article, we’ll discuss how it is headed to reshape the automotive sector.

Networks towers have gone through a significant transformation since the inception of the first generation of communication services, which if we look through the lens of 2020 were groundbreaking only insofar as providing us with the capability of transmitting our voices digitally. Nonetheless, it paved the way for much more advanced communication technologies that not only enabled us to talk, text, and MMS but produced unimaginable sources of entertainment that we could regale ourselves with. The fourth generation of mobile networks or 4G that we currently use is undoubtedly immensely capable of tackling high-speed multimedia tasks such as streaming and downloading but however falls short when challenged with the future’s changing, more advanced, and pressing connectivity requirements. And as the demands change, there is a need for yet another upgrade in the network technology, The fifth-generation cellular network technology aptly named 5G is exactly what every industry needs right now. Following the swing, the 5G technology is leaps and bounds ahead of its predecessor and has improved network connections as well as speed, latency, and utility. 5G seems to be a tech of the ultra-moderns as it promises to deliver data speeds at a rate heretofore undreamt of that are a whopping 100 times faster than 4G networks. Notably, it has a latency rate of less than 10ms which can be used to transmit data almost instantly. The Global deployment of 5G networks is quickly moving towards full commercial use as every network provider in the world including India has already partnered up with key players in the communications Industry and planned out the network’s testing phase. 5G in India is also all set for launch as major network operators like Airtel, Reliance, Vodafone, Jio, Idea has already begun the testing of the network and confirmed the commercial rollout to be before 2022.

Here’s How 5G Will Impact The Automotive Industry

The Automotive Industry’s technological advancement has begun to roll out the red carpet for 5G networks as the modern technologies that are not able to reach their full potential eagerly await to embrace the technology.

For example, Electric Vehicles (EVs) have hitherto been vastly underrepresented because of scant feasible resources but lately, due to the Avante-grande works of some notable tech behemoths, the improvements

have greatly helped to rev-up its representation. Its technologies like these and many others that have made 5G the Desideratum. So let’s jump right into the multifarious ways 5G will facilitate the future of the automotive sector:-

The topic of connected cars has long been put on the shelf due to its quixotic nature but with the advent of 5G, this previously untenable project has found new grounds to rise and will surely be seen widely used in the near future. 5G is precisely what the project needed. Connected vehicles use machine learning and the Internet of things (IoT) to help them navigate the roads and drive steadily. The more connected cars drive, the more they are able to comprehend the patterns required for them to take the appropriate driving response. Internet of things (IoT) has always been at the forefront of futuristic technologies as the integration of devices and sharing of information among connected gadgets is paramount for easing the transmission of signals.

Automotive technology is ever-changing and at an exponential rate which makes it apropos for network technology to upgrade at a commensurate rate. A new development in tire technology has recently come up which uses sensors that render driving safer and more convenient for consumers. Connected tires are embedded with scanners that sense tire pressure, tread depth, temperature, acceleration, and also sense if the vehicle is on water or ice.  The gathered information is then sent to the engine which in turn uses traction control, emergency braking, and suspension. These connected tires can also ping the 5G towers in the vicinity to alert the nearby drivers for possible risks. 5G is a much-needed up-gradation in the automotive sector and it’s because of technologies like these.

Just a few years ago autonomous cars were a thing exclusive to sci-fi movies But in this day and age, with the arrival of 5G, autonomous vehicles are seemingly debouching from the nebulous of impracticality to the realm of reality. An inchoate version of automated vehicles with few assistance features and partial control of the surroundings is already being seen on the roads.

An autonomous car is defined as a machine that is fully independent in making driving decisions and responding to ambient situations, be it emergencies or a normal daily commute from home to work. The 5G system enables the incumbent cars to assess a given situation with blazing fast speed and make wise spatial decisions to make sure every journey is a safe one. Not only will the self-driving vehicles be clever enough to make independent decisions but will also communicate with other autonomous vehicles in their circumambience to lower the risk of collision. Self-driving which was previously just a dream is now piece by piece accreting into a solid reality.

These “too good to be true” seeming scenarios are getting closer and closer to becoming true every passing day as more and more countries and organizations invest in 5G’s ambitious and innovative projects. This makes the rolling out of 5G in India and other countries all the more exciting and groundbreaking. In 2020 it seems like 5G was exactly what the automotive industry was lacking and this up-gradation or up-generation will definitely bridge the gap between futuristic technology and its practicality.