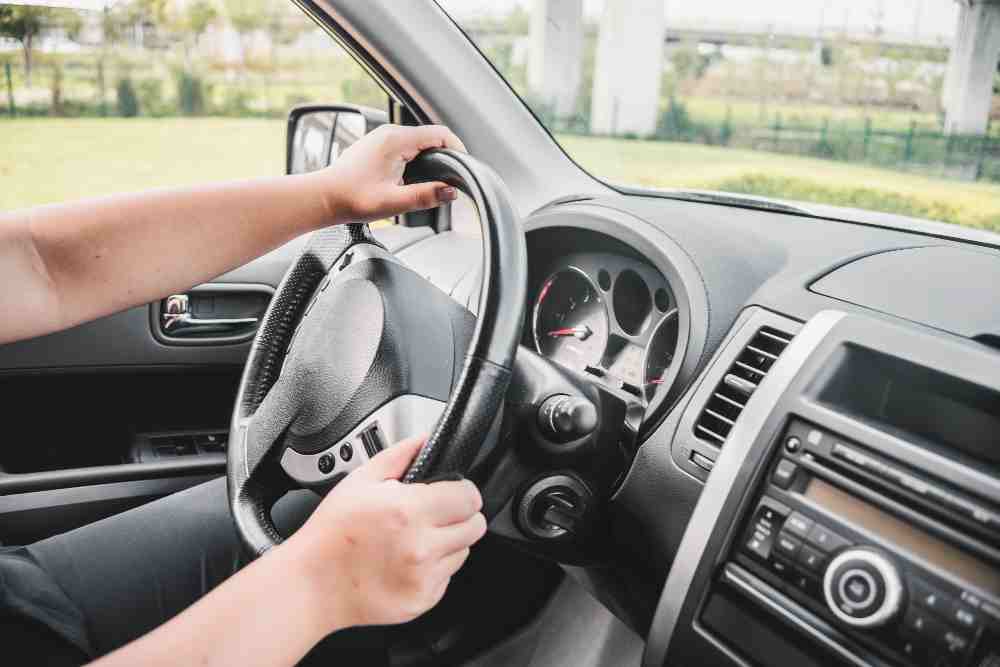 Keeping fluid levels in check is an important part of car maintenance. With a myriad of hydraulic fluids running the system, modern vehicles are quite literally dependent on them. Each one serves a crucial function and helps in the optimum performance of the vehicle. But unlike other fluids, power steering fluid is one that is often overlooked, primarily due to its long service interval.

If you have low power steering fluid either due to a leak or due to the general wear and tear, you will notice quite a few issues with your steering system before the check engine light comes on.

Power steering is a servo-motor-assisted technology that makes use of pressurized hydraulic fluid to amplify the force inside the steering system and make turning and handling easier for the driver. In simple terms, power steering adds power to reduce the effort put in, hence the name.

Over time, however, the power steering fluid suffers breakdown from a variety of reasons reducing its capacity to send sufficient hydraulic pressure to the steering system and causing issues with the handling of the vehicle. Further, power steering fluid can also create problems that may not always manifest in a simple cutback in force and may reach beyond the steering system where it can begin to damage other vital components.

Before the power steering technology ensconced us all in an effortless driving experience, manual steering provided all the feels of the road and adjusted us to unassisted driving.

And though some people today still prefer the good old manual control of the wheel, for those who are savvy with modern technology, any issue with the power steering can be a drag. Here are five signs that you have low power steering fluid.

The power steering fluid is the reddish oily fluid that gets darker over time giving it a sort of maroon hue. Taking a look underneath your vehicle can be one of the best ways to catch an early leak as it can create numerous other problems which can even reach the engine. Power steering fluid leak is usually found underneath the front of the car and on the road, it can appear to be a dark black oily liquid.

The first thing that you’re going to notice and the most typical one. if you’re low on power steering fluid you would observe a noticeable increase in the effort to steer. The wheel will slowly begin to feel heavier and the maneuvering will be a lot more cumbersome. This happens because the fluid that transmits the power in the steering cannot perform efficiently in its limited amount. This slight heaviness is one of the first signs and a telltale one at that of low power steering fluid.

A steering lock and can be quite nerve-racking, especially while you’re driving. Thankfully if you’re low on power steering fluid, it will only happen at low speeds and not when cruising at high speeds. This happens mainly due to the reduced fluid pressure in the steering system. A Dirty power steering can also cause a similar problem. The dirty and abrasive fluid increases the friction thereby increasing the temperatures which cause the hydraulic pressures in the steering system to slump.

While vibrations and shakiness in the wheel is often attributed to an alignment issue it can however also be caused by low pressures from the power steering’s hydraulics system. In a situation of low power steering fluid, you would not feel the effects of an underperforming steering system when driving at high speeds quite as much as compared to when you are driving slowly. This is due to the kinetic energy you gain from the vehicle’s velocity when at high speeds which provides some steering assistance.

Another common sign of low power steering fluid is squealing noises when turning the wheel. If you have been hearing a lot of squealing noises lately, you could be either low on the fluid or have a damaged steering pump. The noises primarily come from the pump which is severely affected by the loss in the power steering fluid. The PSF is needed to lubricate the pump and also cool it down as the power steering system requires a lot of energy to work. In the absence of proper, the pump suffers by grinding and produces the noises that might be perceived as coming from the steering wheel. This can sometimes also cause whining noises when turning.

Is It Dangerous To Drive With Low Power Steering Fluid

What Happens If You Drive Your Car With No Power Steering Fluid?

You might think, driving a car without the power steering fluid would be just like a manual steering vehicle as now you have to use actual force to turn the vehicle. Though this seems logical, in reality, it is far from it. The old cars are geared to the steering column differently and also used a larger turn, making them more manageable. Power steering on the other hand does use the same rack and pinion base as the manual rather makes use of hydraulic pressure for turning the wheels. So if you are without the necessary fluid, turning the wheel will be a lot harder and it might even get locked. Next, the damage to the actual power steering system will be irreparable. As the pump will be running dry it will make the wheel stiffer and will eventually grind itself to becoming useless. Even after changing the fluid now, the pump will not have the desired results for pumping the liquid.

So if you like a ride that handles well and provides a smooth steering experience it’s best not to neglect the power steering fluid. And, though the replacement interval is about 2 years it really depends on a variety of factors for when you should actually have your fluid replaced. Doing a simple dipstick check on a regular basis, maybe twice every six months can help you accurately determine your replacement intervals.