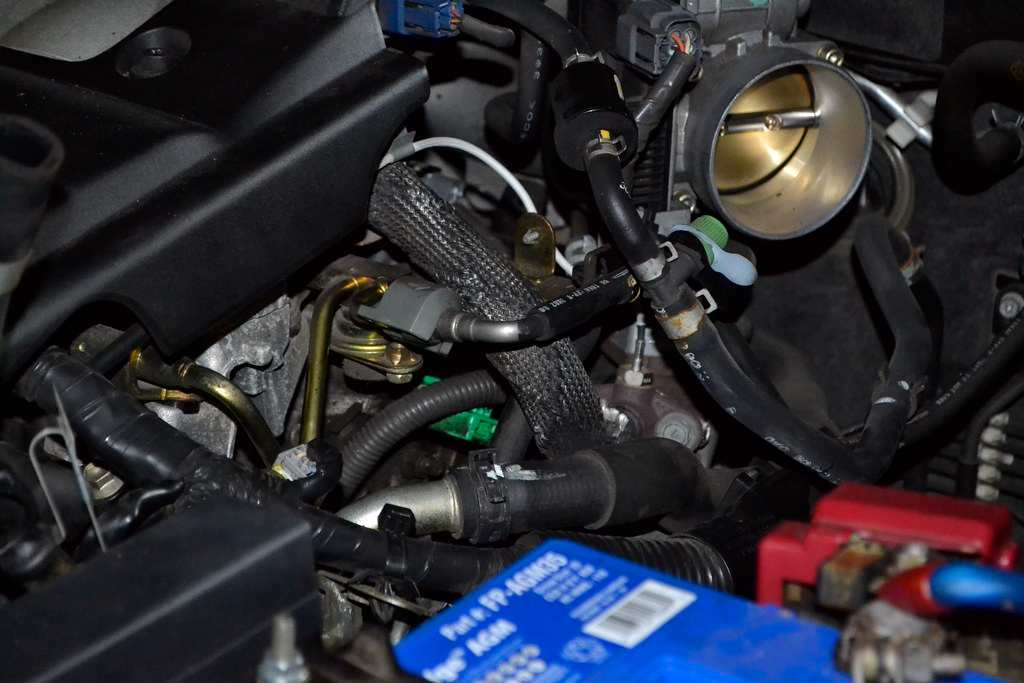 Being in control of the things around you is always a nice feeling. Whether it is at work, lifting weights, or while driving your car.

Although, in modern cars, control isn’t necessarily in your hands (or foot for that matter). In some parts, the car’s computer relies for information on the various sensors fitted for reading how the vehicle is being operated.

One such being the throttle position sensor which measures how you depress the gas pedal and controls the vehicle’s acceleration. The ECU heavily relies on its proper function as it helps in reading the amount of air flowing in and consequently in the adjustment of the fuel mixture.

So a bad throttle position sensor may produce symptoms that are not only related to speed and transmission shifts but also corresponding to a disturbed fuel ratio.

The throttle position sensor does exactly what its name suggests – measuring the position of the throttle. It works by accurately assessing how the butterfly valve is oriented when the gas pedal depresses which is then used by the ECU to calculate the amount of air flowing in and accordingly make changes to the fuel ratios.

The throttle position sensor makes use of a potentiometer with a needle that attaches to the butterfly valve to produce voltages when there is a change in resistance. When the pedal is depressed it pushes the needle down, causing a change in resistance. These voltage signals are sent up to the ECU using a wiring harness connector which based on the changes calculates how much air is flowing into the system.

The effects of a bad throttle position sensor are quite varied. Usually, it goes out intermittently with a weakened signal. Although, It can also cause surges at times and create unsafe conditions.

Something one usually wouldn’t pay much attention to in a car is the tachometer- at least when the vehicle is running right. The tachometer measures the rotations per minute of the engine and typically moves up only when the throttle is depressed.

Normally, you would expect the car to accelerate or decelerate on your command. It should make a move only when you push the gas pedal. However, quite disconcertingly, in the case of a bad throttle position sensor, this might not be so straightforward.

For the engine computer, how far the throttle is depressed is determined not by the movement of your foot but by the voltage signals the throttle position sensor has to send. So if the ECU is not receiving an accurate reading from the sensor, the engine may not give an even response. In a more serious scenario, you may also experience unintentional surges and acceleration accompanied by jerks as the transmission also depends on the readings from the TP sensor.

Such lack of control over the vehicle can be unnerving for anyone and can quickly turn into a safety hazard. If you feel your throttle position sensor going out, it is highly recommended to get a replacement as quickly as possible. And do not use rebuilds as they are often not good enough for the vehicle to function properly.

Quite rarely but surely enough a bad throttle position sensor can create a no-start condition where you may be able to just crank the engine and not turn it over. This sort of problem can arise when the ECU disables the fuel injectors and deprives the vehicle of power, a condition called no injector pulse, or a disabled fuel system.

In any vehicle, if you try to start the engine while completely flooring the throttle, it just wouldn’t start because the ECU disables the fuel introduction when it reads a wide-open throttle. Similar to this, a bad throttle position sensor can also cause a wide-open throttle by sending a false reading. This would deter fuel injectors from firing and essentially reduce power for the engine.

Since the ECU can’t accurately determine how the throttle valve is oriented in the system, it wouldn’t be able to proportionately adjust the fuel injections with the amount of air flowing in. At idle, there usually isn’t much airflow in the engine but that may not stop the ECU from dumping fuel into the mix and cause misfires.

A bad TP sensor creates fluctuations in engine RPMs that can be extremely confusing for the ECU where it may not be able to spray a constant stream of fuel into the cylinders and intermittently increase or decrease the amount. However, rough idles can be caused by a number of reasons, the most prominent being the Idle air control valve but if you observe the other symptoms related to a bad TP sensor in conjunction with all cylinders misfiring, it could be one of the possibilities.

Unlike a few other sensors, the ECU does not have a set of parameters that it can use to compensate for a bad throttle position sensor. It needs constant and accurate position readings to be able to adjust the fuel ratios and keep the car in motion.

When the ECU observes faint readings or intermittent breaks in signal, it may still be able to keep the vehicle functioning but a bad read such as one of a closed throttle or no response can cause the engine computer to shut the vehicle off.

Due to the disturbed fuel ratios, it’s quite obvious to see a drop in your MPG. Whether the bad TP sensor fluctuates the airflow or creates a wides open throttle, in any case, the engine will be running on an improper mixture and wasting fuel. The poor fuel economy will generally be accompanied by a sluggish engine performance as well due to much of the power will be squandered away.

An illuminated Check Engine Light is another possible symptom of a problem with the throttle position sensor. The Check Engine Light usually comes on when the computer detects a problem with any of the sensors or circuits. So, when the internal computer senses a discordance in the throttle readings or its intermittent failure, it may trigger the dash light signal. Scanning the computer for trouble codes can help reveal where the issue actually lies, whether it is the TP sensor or the throttle body itself.

Something you should keep in mind is that the throttle position sensor is not the only cause of all of these symptoms. There are other components in the vehicle controlling the air volumes and fuel injections that could cause similar symptoms. It could something such as your air filter or MAF sensor. So be sure to have it checked by a professional mechanic for a confirmed diagnosis and always pay heed to such symptoms because some of them as you may note can be potentially life-threatening.