6 Tell-Tale Signs Of A Bad Starter 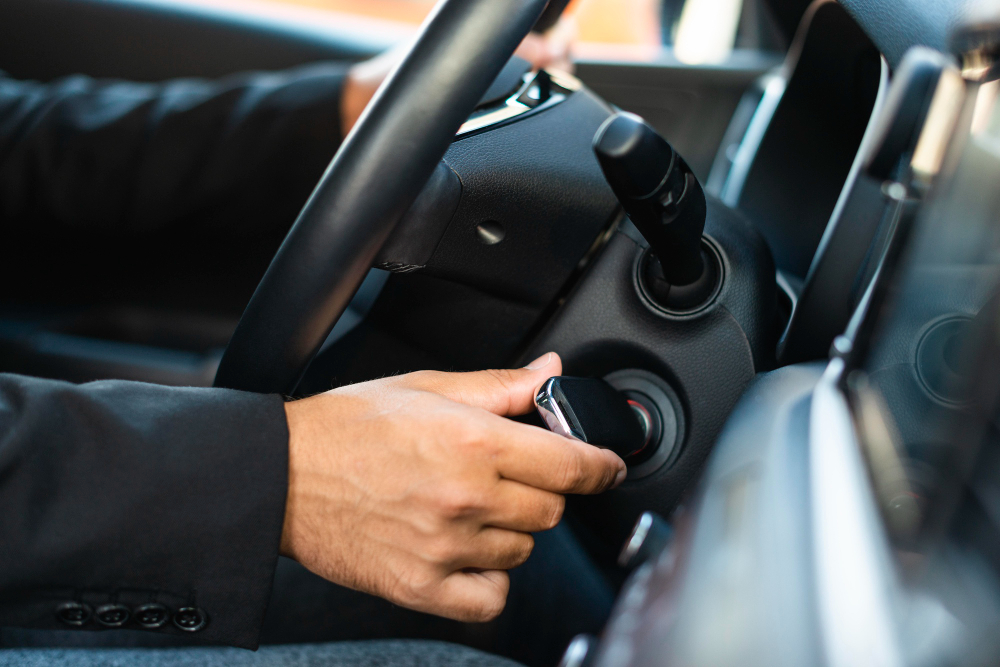 In most cases when a starter goes bad, it’s completely random with no warning signs or symptoms of mechanical failure. You try and turn the key but all you hear is the silence of a no-start condition.

For some, however, a bad starter may not be as clear as day and still work to crank the vehicle intermittently, causing inconveniences but working nonetheless.

In such situations, it is quite hard to pinpoint the exact cause for hard starts as the engine can be prevented from turning over due to several different reasons. If the starter motor is beginning to fail or has a blown fuse or chapped wires, there can be a few signs and symptoms that you need to look out for in order to diagnose the problem and get a replacement.

The primary function of the starter motor is to rotate the crankshaft so the engine can turn over. It does so using an electric motor that generates torque and attaches the pinion to the flywheel for the crankshaft.

When the solenoid inside the starter motors weakens, it may not be able to provide sufficient torque for the flywheel to spin and in some instances even cause a delay in shifting the position of the pinion. In such cases, you may occasionally be able to start the vehicle while other times you may experience long indefinite cranks.

The one most telltale sign you can find to confirm a bad starter motor would a distinct clicking noise. It is a clenching sound that is followed by no crank or no start. The sound essentially comes from the solenoid and the motor. When the motor engages and attaches the pinion to the flywheel.

Interestingly though the clicking sound is always present but doesn’t get much attention because of the cranking noise fading it away. So when the vehicle is not cranking, the clicking sound becomes a clear and distinct symptom of a bad starter.

After sounding its last few cranks, the starter may completely give up on the car and not engage anymore beyond faint clicks. This, however, in most cases does not mean the absolute end of the starter motor and one may still eke out what little is left inside by giving it a little whack.

It is a commonly advised DIY trick to get the starter running as a last resort or if stranded in the middle of nowhere. Though you can use it to see if it is indeed your starter that going bad.

In order to check, locate the starter motor which will either be under the hood or underneath the vehicle. Its placement can vary but it’s generally down under, at the back of the engine. You can use a long stick to tap it on its body but make sure to not mess with the fuses or wiring as you do not want to short them out. Once you’re done, crank the engine and it should work without problem.

You can have the starter up and running a few times using this trick but if you find yourself having to do this even once consider this as an early sign that the starter has gone bad.

A bad starter is most commonly confused with a failing battery, typically due to the crucial role they both play in the ignition process. Both the battery and the starter motor work in conjunction to turn the engine and initiate vehicle operations. So it is important to distinguish between the two and know when the battery is not at fault.

To confirm you’re not out of charge, you simply need to look at the electricals when the engine is turning over. More specifically, observe the headlights when the starter cranks the engine. When the vehicle is set to turn over, it shifts power for the electricals from the battery to the alternator causing a slight dip in the lightning. If the headlights stay constant through the cranking it would mean the starter is not engaging and the battery is fine.

Grinding Or Whining Noise From The Starter

When the starter engages using the electrical motor, the solenoid shifts the position of the pinion onto the flywheel gear to torque the engine and start it over. But when the solenoid inside the starter isn’t performing up to scratch there can decrease in the amount of power accompanied by occasional delays.

If it is the electrical motor struggling to work with the starter, it can produce a long grinding noise when the key turned in the ignition. This noise can either be heard as a loud grind or a slowly fading whir because the bad motor can’t keep spinning for long.

Alternatively, a bad starter can also produce a whining noise where the sound may not necessarily come from the motor but improper contact of the flywheel gears. When the pinion is not properly contacting the gears on startup, it can cause meshing of the gear teeth producing a whiling noise. This can further lead to engine damage and require a rebuild of the flywheel so if you hear disconcerting noises, it’s best to not crank the engine any further and have it diagnosed by a professional immediately.

In some vehicles where the starter motor is located underneath the hood, an oil leak can be a major concern. A starter motor soaked in oil, plainly explains, your car has developed a leak at the rear main seal.

The seal can wear down due to a number of reasons though If the leak is not tended to in due time, it could escalate to cause bigger problems. One such problem it can create is ruining the starter motor. Constantly dripping oil can make its way into the internals of the motor and cause it to fail. In such a case, the starter may completely die out without any warning signs.

So, If you’re lucky and you’re starter hasn’t completely given up in the middle of nowhere, these could be some of the signs you could look for when diagnosing a starter. And even if you did get stranded, now you know how you could get the car started one last time.