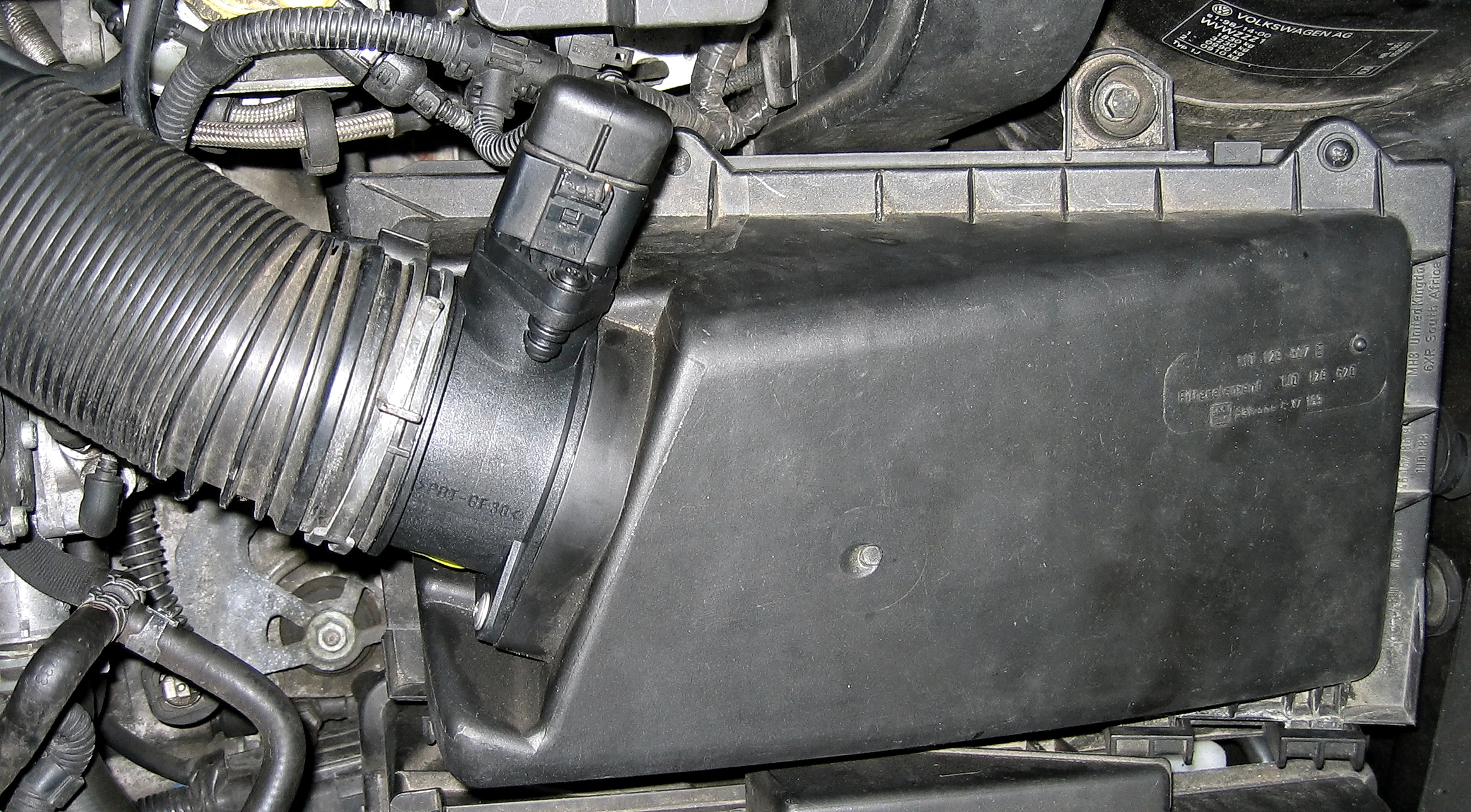 The ability of an engine to breathe air depends on its airflow sensor. Beyond the actual intake, an engine needs to be able to measure the volume of air in order to utilize it. The mass airflow sensor allows the engine computer to adjust the fuel ratios by informing of the amount of air drawn in.

And since engines aren’t exactly capable of measuring the air by themselves, the accuracy of a mass airflow sensor is critical in ensuring the optimal adjustment of fuel ratios.

If the mass airflow sensor goes bad or has a poor connection, the engine may not be able to maintain a balanced performance and cause the fuel ratios to go haywire.

With a bad mass airflow sensor, the symptoms you may have can either be due to a rich or lean mixture among other driveability issues that may come from a lack of airflow into the engine.

But before we dive into the symptoms of a bad MAF sensor, we must first understand how it actually works and regulates the air-fuel mixture.

A Mass airflow sensor is used to measure the volumes and density of the air flowing into the system so the engine computer can calculate the appropriate fuel for the fuel injectors to fire. It is generally attached to the intake tubing where the air would pass through, informing the sensor of the airflow changes.

The mass airflow sensor uses a hot wire element to measure the airflow volumes by reading the voltage changes caused when the air fluctuates. It is connected to the ECU through a wiring harness and sends the necessary information to the ECU which uses the data along with readings from the O2 sensor to precisely determine the fuel mixture.

One of the first things you’re going to notice with a mass airflow sensor that is going out is a starting issue. Your vehicle will surprisingly be out of power to actually turn over, It may just crank or crank several times to start over. This happens because the ECU lowers the fuel injections in the system due to the bad readings from the sensor.

When the mass airflow sensor is malfunctioning it may register an insufficient amount of airflow on startup which will, in turn, make the engine computer lower the fuel for the vehicle, hence lower the power.

Normally, when the accelerator is depressed, more air flows into the engine which tells the ECU of the change that needs to be made in the fuel ratios. The air passing through the air filter is read by the MAF sensor which helps the ECU calculate the exact amount of fuel that needs to be sent in and you get a quick and proper acceleration.

Conversely, though, if the MAF sensor does not recognize the volume of fuel accurately when the pedal is depressed, your engine wouldn’t know how much air is being pulled through the intake to match the fuel right, creating hiccups in acceleration. The acceleration may feel uneven sometimes while other times you may notice hesitation or even jolts when trying to speed up.

On some vehicles, when the ECU detects no information being sent by the mass airflow sensor or senses an intermittent breakage in transmission, it may cause the vehicle to stall abruptly. This is applied as a safety mechanism for both the driver and the engine as inefficient operation of the engine can turn into an unsafe situation quickly and unknowingly.

On the other hand, some vehicles may continue to run on default parameters. When the ECU can’t figure out the amount of air coming through, it can rely on some preset data points programmed for such a situation. However, the vehicle will not be able to run smoothly and may even cause the engine to misfire.

A sudden drop in fuel economy can be caused by a smorgasbord of reasons. However, more commonly it occurs when the engine computer starts to dump more fuel in the engine than needed. A bad MAF sensor can have the ECU think, there is more air coming in through the intake, to which the ECU has to respond with proportionately more fuel.

But due to the false reading, there isn’t going to be an efficient utilization of the extra fuel and much of it will be squandered down the exhaust or in an incomplete combustion reaction. This simply results in wastage of fuel from burning and spilling and causes reduced gas mileage among other drivability issues.

When the amount of air drawn in is significantly higher than fuel or vise versa, it is a given that the combustion reaction will proceed as normal. Misfires can occur for a number of reasons, one of them being disturbed fuel ratios. Either the engine is running too rich or too lean. A bad mass airflow sensor can upset the vehicle in both ways.

If the airflow data sent is recognized as too little, the ECU may hold back on fuel causing a lean condition. While if the ECU detects too much air flowing in, it may increase the fuel mixture to match the air coming in causing the engine to run rich. In both of the scenarios, the cylinders will be injected with improper mixtures and sometimes may even have an uneven spray pattern. This will surely set the combustion up for an inefficient process and cause the engine to misfire.

Black smoke is typical of an engine that is running rich. It occurs when the extra fuel could not be processed in the combustion chambers and in consequence, is routed out to be burned in the exhaust.  While the reasons for rich conditions can be many, a malfunctioning MAF sensor can be one of them. When the engine computer cannot adjust for accurate airflow data due to improper readings from the MAF sensor it may dump more fuel than necessary and force the engine to run on a rich fuel mixture.

Because of this, not only will the vehicle put out worse mileage but the overload will cause stress on other vital components of the engine as well. The dumped fuel in the exhaust is improperly burned comes out from the tailpipe in the form of black nocuous smokes. In addition to the billowing smoke, you may also notice soot build-up around the pipe’s outer circle.

The soot build unfortunately does not limit behind the vehicle. When the excess fuel is not being contained in the cylinders, it can reach over to spill on other vital components. When the engine is running too rich, it can cause unburnt fuel to escape and foul the spark plugs. You may look to see under the hood if your spark plugs are catching soot or not. If they are, it would indicate the engine has been running rich for a while.

You might also have your unsettling check engine light come on. The check engine light could mean a number of different things and ideally, you should never ignore it as the warning often indicates an error with a component within your car that may potentially damage the engine.

The code for this problem will be P0101. It communicates that the range for fuel and arent accurate. The system could senses this due to the constant breakage in the transmission of data which may either be due to problems with the wires and electrical connection or just from a faulty MAF sensor.

Oftentimes the problems caused by a faulty mass airflow sensor can be due to the accumulation of dirt on its hot wire which may not necessarily mean the sensor has gone bad but partially block it from accurately determining the air volumes. You can easily access the sensor by unplugging it from the intake and checking to see if it has accrued any dirt inside. It is recommended to have it cleaned by a professional mechanic as the delicate wires may not be suitable for a normal spray wash or much less from a toothbrush scrub.

Along with the outer condition of the sensor, one other thing to look at would be any breakage in the wiring harness connector that goes to the ECU. if you see the wire chapped or frayed, again it may possibly indicate that the airflow sensor itself is undamaged.