Can I Use Water Instead Of Coolant In An Emergency? 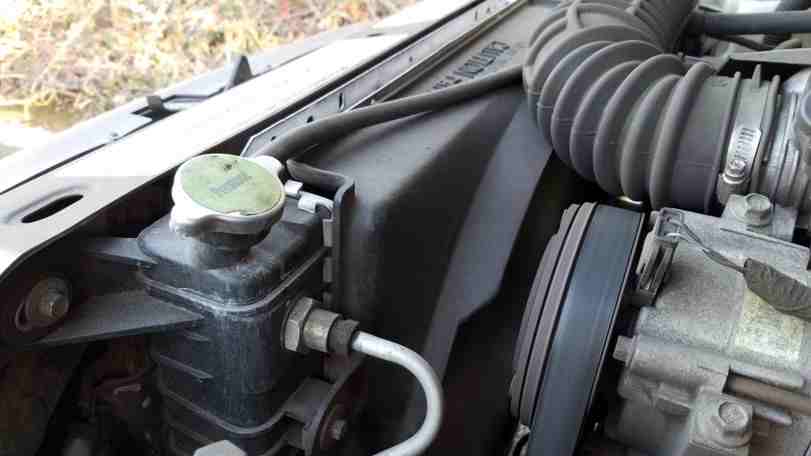 Under the scathing heat of summer, coolant is the last line defense for an already overheating engine. It is what maintains an operational condition inside the engine and fends off the critical danger of rising temperatures.

So in a situation where the vehicle’s cooling mechanism is performing suboptimally, you can expect to see some anomalies while driving. Seeing the thermostat creep up rapidly is perhaps the most telltale sign that your vehicle needs coolant or some sort of cooling assistance.

In a situation of emergency such as one where you cannot find an alternative, it is completely safe to substitute coolant for water. Water may have a lower boiling point than antifreeze but for the moment it can get the job done just fine. This however does come with a few caveats. Read on to know more.

What is Coolant/Antifreeze And How Does It Work?

Coolant or antifreeze is a liquid substance used to absorb and dissipate heat from the engine in order to maintain optimal and functional temperatures. It is typically mixed with water in a ratio of 50/50 to expand its boiling point. This mixture travels over the engine block to absorb heat which is then dispersed going through the cooler.

In the early days of combustion engines, people used to switch between coolant and water pretty frequently. The coolant itself used to have a higher concentration of water as those were much simpler engines. However, in the case of modern combustion engines, this is not very suitable. Not only do the engines operate at a much higher temperature than their old counterparts, using water in new radiators can rapidly spell harm for your vehicle for various other reasons of compatibility and purpose.

Nevertheless, in a situation of emergency, where the engine is overheating, it is still completely fine to substitute water for coolant. Water with its natural cooling properties will work just as well as coolant to dissipate the heat in the moment, although it may not work in the opposite situation. In freezing weather, water may not be a suitable substitute to pour in your radiator as it could potentially lead to freezing the engine much quicker. It is after all not “antifreeze”.

Coolant acts as more than just an inhibitor to rising temperatures inside a modern combustion engine. It plays a vital role in protecting the engine against corrosion by coating a layer of rust inhibitors. Mixed with 50% water, it is also capable of withstanding higher levels of freezing temperatures as well as scalding temperatures.

What Kind Of Water Should You Use To Mix?

It would be ideal to add distilled or bottled water in the radiator as tap water usually contains minerals and suspended particles that could potentially lead to corrosion and might even create deposits of such that harm and reduce the lifespan of the radiator.

How To Put Water In The Radiator?

If your engine starts to overheat, it may not be a good idea to pour water straight away. The engine facing abnormal heating inside can reach temperatures well over 250F which makes handling such a situation quite unsafe. Follow the steps below to add water to the radiator –

The first thing you should do if you see the vehicle overheating is turning the engine off. Let the vehicle cool down. Cooling down properly might be conducive if the vehicle is exposed to the sun so look for someplace where you can get shade under.

Once the vehicle has cooled down, the next step is the locate the radiator which is usually accessible from the bottom left of most vehicles. Check is the radiator cap has cooled down enough before removing it. If the temperatures around the cap are high, it could also let out splashes of scalding hot liquid, so it’s best to use some kind of thick cloth or towel to open the cap.

Inside the radiator, there is an overflow tank that marks the minimum and maximum cap on the amount of liquid to fill in. While pouring the distilled water try to stay within the limit and try not to overfill the radiator. Then, place the cap back firmly and start the engine.

Water alone cannot keep your vehicle operating for long, especially if the day is a particularly sultry one. Your next step, once you’ve managed to bring the temperatures down should be to drive down to your nearest garage and have the coolant topped up.