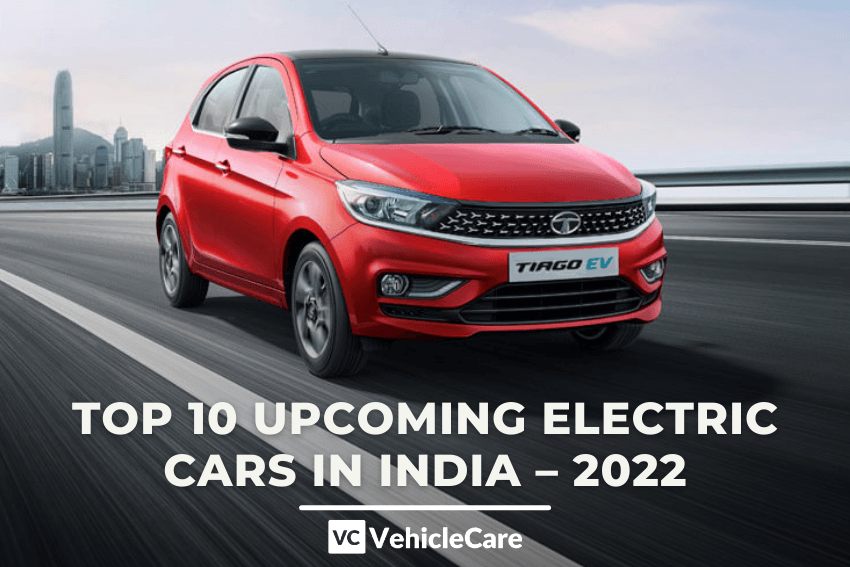 In this advancing world where every minute a new invention takes place, India has also made its place in the global advancement. Modern India strongly focuses on science and technology. India is adapting more and more technical instruments. With this, the automobile industry has also revolutionized. At present, there are only 12 models of electric cars present in India and many are on the verge of being launched. Henceforth, we have compiled a list of the top 10 upcoming electric cars in India that would be benefitting the country as well as the people in the long run.

An iteration of a standard hatchback, Mini Cooper SE, is all set to be launched on 24th February 2022. The company has already started its pre-booking with a token amount of 1 lakh rupees. The car is a 3-door mini electric with some MINI features like round headlamps, Union Jack-themed LED taillights, and an ‘E’ badge. On a single charge, it is expected to give a driving range of up to 270kms.

Tata is all ready to launch a new model of the electric car, mainly, Tata Tiago EV, in March 2022. It is expected to provide a range of about 306km in a single charge. The car is inspired by its standard model. This hatchback will provide its customers only a single color, mainly white.

The new MG ZS EV will step into the Indian automobile industry on 15th August 2022. Its basic features will include a sunroof, a touchscreen infotainment system, electronic stability control, multiple airbags, and hill descent control. The car will be launched in a single blue color. The price range is estimated at around 22 lakhs.

Mahindra EKUV 100 is all set to launch in March 2022. It was being launched in 2020 but due to a global chip shortage, its launch was delayed. It can cover a maximum of 140 km on a single charge. The estimated price is about 8.25 lakhs. Its features such as driver pattern monitoring, cabin pre-cooling, remote diagnostics, and location tracking are some of the most exquisite details of the model.

The first electric model from Renault, the Renault Zoe, is expected to be launched in March 2022. This 5 seater hatchback can cover a distance of about 400km per charge. The expected price range is 8 lakhs. It has automatic transmission and electric range options. The car is available in a single blue car.

BMW is all set to launch its second electric car, BMW i4, in India in August 2022. This prim sedan is an electric variant of the 4 Series Gran Coupe. It has an 83.9kWh battery pack and can cover a distance of about 450km on a single charge. The estimated price is around 80 lakhs. It will be launched in a single white color.

The Mercedes Benz EQS is expected to launch in the second half of 2022 in India. It is the electric version of the popular S-class. It features a battery pack of 107.8kWh and covers a ginormous range of about 770km on a single charge. It could be priced from 1.75 Crores onwards. It provides its customers with a choice between 2 colors mainly black and silver.

Tata is expected to launch another model of the electric car, the Tata Sierra. The car can make a come back in 2022 in the Indian market. It can range up to 400km on a single charge. Its admiring features include black cladding along its bottom edge, LED headlamps and tail lamps, and dual-tone alloy wheels. The model is expected to have a price range of 14 lakhs.

The Renault K ZE is an electric variant of Renault’s Kwid hatchback. It is expected to be priced above the first Renault electric model i.e. Renault Zoe. It is equipped with a battery pack of 26.8kWh and a maximum range of 260km. The expected date of launch is around 31st March 2022. The estimated price is around 10 Lakhs.

Electric cars have been revolutionized over the years. They are the need of the hour due to the increasing fuel prices and environmental concerns arising in the 21st search. Someone has rightly said the fruit of patience tastes sweet, so if you are thinking to buy an electric car this year then have patience and wait for the best. Choose the model of your dreams and book them as soon as they get launched.