Is Deleting Your Catalytic Converter Worth It? – Pros And Cons 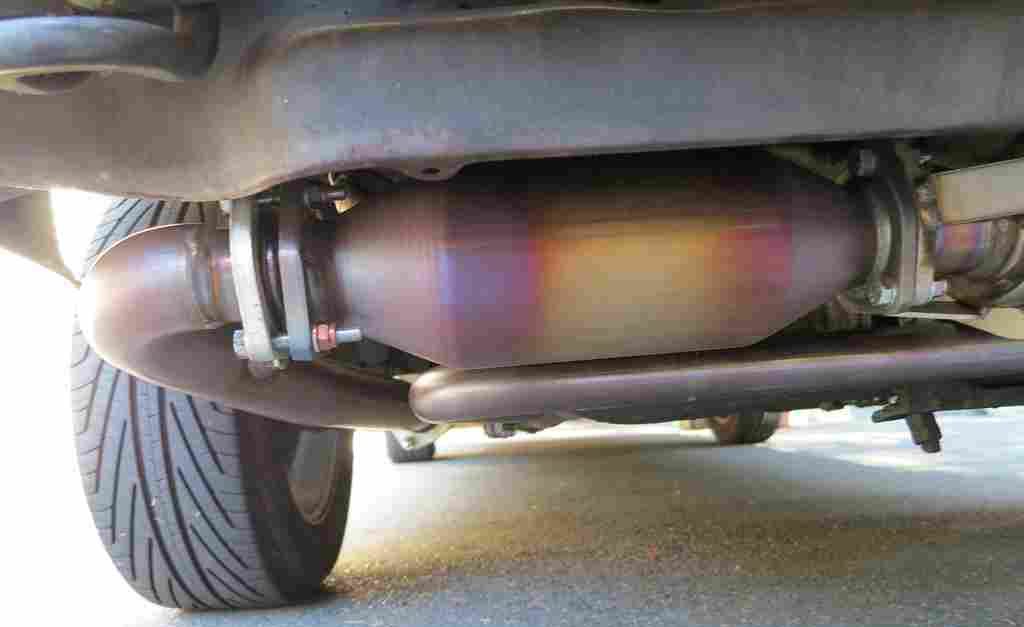 Since the implementation of Bharat Stage 4, Petrol vehicles and even most diesel engines are now fitted with a catalytic converter to reduce emissions. Catalytic converters, in the simplest of terms, works to burn the unburnt hydrocarbons produced in the combustion process through a redox reaction. They are quite a useful tool to minimize your carbon footprint, power curbing, and exhaust muffling aside – Reasons why some seek to remove them. People can have different reasons to remove catalytic converters from their cars but adding more power seems to be the most common.

First, let’s start with the advantages you may get by removing the catalytic converter. Keep in mind though, this may vary vastly between older and newer model vehicles.

Who doesn’t like a loud engine? – I can’t say if it is one of the more pleasant sounds to hear but it certainly has a raw feel like nothing else. It is a sound loved by common drivers and hardcore motor enthusiasts alike. Some petrolheads even like to make modifications to make the exhaust sound more heavy and burly. And so if one is overly fond of the uninhibited sound of the engine the muffled mumble of it would a little annoying.

One of the major reasons why people choose to do away with a catalytic converter is added horsepower. Catalytic converters, in order to fully process the leftover ignition residuals and make less of those nasty pollutants reach out into the environment create a lot of backpressure on the engine which curtails power and also makes it harder to breathe air. So when the engine is freer to use oxygen and is able to push out gases straight through the exhaust, the energy expelled in burning the hydrocarbons significantly increases the power output from the engine. This may especially be the case with older vehicles where the catalytic converters weren’t optimally designed to account for various other performance measurements in the car.

Less Heat From The Engine

Another advantage of removing the catalytic converter is decreased load on the engine, hence decreased operational temperatures. Since the engine doesn’t have to constantly work twice as hard on the processing combustion while functioning normally, this staves of a lot of heat to the engine. As a result, the engine runs much smoother and lighter on particularly hotter days.

As a consequence of decreased effort by the engine, the ability to use fuel more efficiently increases to a degree but by how much, depends on the car you have. Usually, older model vehicles will do much better without a cat restricting their output as compared to a modern car with a catalytic converter well designed and optimized for. Though an old vehicle will also have worse emissions by comparison.

In India, one must go through an emissions test every six months to renew the PUC certificate. There are certain preset emission figures that one must come under to renew the pollution license. The catalytic converter is one of the main emissions control devices in your car that helps to keep emissions in check. Foregoing the cat device at your next emissions exam is certain to bring higher than normal results. Also failing the test would mean driving without a PUC certificate which has a fine of rs 10000 in India.

As mentioned earlier, exhaust noises can be a little too important to some people. in which case going with a catalytic converter can be annoying. It literally chokes the raspiness of the engine and makes for a feeble voice.

The ECU uses signals from the oxygen sensor to which the catalytic converter acts as an adjunct, making the right information deliverable to the engine computer.  If the cat converter is taken out of the equation it can cause the oxygen sensor to detect an anomaly which would lead to improper fuel to air ratios in the long run.

As habitants of planet earth and fellow human beings, it is our moral duty to care for and protect the place that we call home. A little extra boost or a measly modicum of gas mileage really does not justify doing harm to the environment and really isn’t worth the extra noise from the exhaust either. Today when the environment is a growing concern, it is a matter of ethics to purposefully remove the catalytic converter from one’s car. An engine’s uncontrolled pollution of the environment is the biggest drawback to consider when removing a catalytic converter.

When catalytic converters were first introduced, they were quite unoptimized for cars and literally choked the engines. They were slapped on cars like an afterthought just to reduce emissions enough so met a particular standard. But since then, automakers have made adjustments to this and now catalytic converters are not nearly as crippling of restraint as they used to be. Most cars today actually do better with the catalytic converter and so a cat removal really won’t eke out the results you would be expecting.