Why Your AC Is Not Blowing Cold Air When Idle 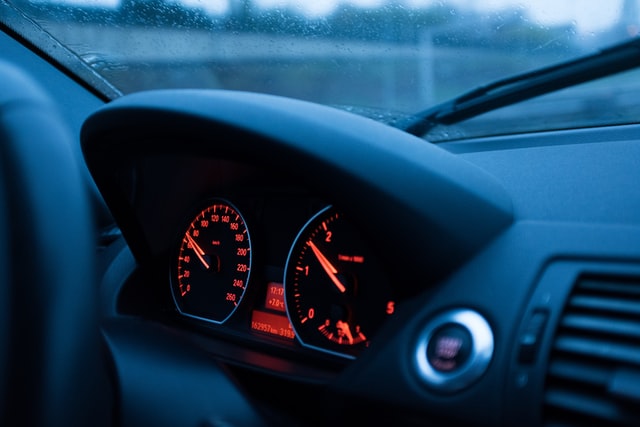 The cooling performance of your air conditioner depends on a number of factors. It generally faces a dip when the vehicle is not in motion but a drop of such nature usually goes unnoticed by the regular driver as the circulation of freon is not much affected. Though in an odd position you may find your car AC to not function correctly just when you have to idle. For some, the AC may even shut down completely when they make a stop for a while.

So what causes your car AC to shut down when you idle?

This is a common problem that leaves many confused. Usually, such a condition begins with a decreased cooling performance only when idling but later turns into a more noticeable and serious problem where the AC stops cooling completely and even starts to spit out hot gusts of air.

An AC that malfunctions can show the first signs of error when it is restricted in power. This generally happens when the vehicle is idle. The decreased cooling is not the result of a shutdown but, really, a loss in capacity though it is mistakenly understood as such. When the car idles, the circulation of freon in the system doesn’t occur with the pressure that is usually available to the AC, producing a low cooling effect and in some cases even a pause in airflow. The AC’s cooling capacity has two limiting factors when it idles – low RPMs and reduced airflow.

When your vehicle is at idles, the RPMs are usually low, around 700–800. To put that into perspective, the tachometer generally maintains 2000–2800 RPM, when the vehicle is in motion. So such a cut back in power can limit the compressor spins and restrict the amount of refrigerant that would otherwise circulate in the system.

The other reason that limits the power to the AC and impedes its normal functioning is a diminished airflow across the condenser coil. When the car is not in motion, the only airflow the condenser coil receives is through the engine fan which is a considerable drop in the cooling compared to what it was at 30 mph. This leads to increased temperatures of the refrigerant and overall reduced capacity.

So the drop in cooling of your AC to the point where you cannot even notice it is due to a fall in power that affects the capacity of the Air conditioning system. However, If you rev up your vehicle while idling you’ll notice your AC cooling going up instantaneously. These were the two main causes for car AC not blowing cold air when idling, however, there can be a few more that can indirectly lead to such a problem and thus shouldn’t be ignored-

A significant drop in the refrigerant levels is usually caused by a leak and it can be actually noticed assessing a sharp decline in the cooling performance. You may also notice a similar drop in cooling from a leak when idling. The compressor circulates freon in the AC system to cool the cabin and it is able to do it best when the vehicle is in motion due to the amount of power it is able to draw from the engine. A standstill engine combined with a low amount of freon will render the compressor unable to circulate enough refrigerant both due to low power and low freon.

This is another reason for a car AC not blowing cold when idling. If your car ac pauses the flow of air when idling but turns back on when you begin to move, the first place you should turn your eyes is the motor fans. Your car AC relies heavily on the motor fans to circulate the flow of freon when the car is at rest. If the car is moving, the air conditioning system will not require a secondary cooler.

The condenser is primarily responsible for ensuring cool air from the AC vents. It works to turn the freon gases back into liquid form. If the condenser has gone bad, it will not be able to process the freon and produce cool air. A broken condenser might malfunction when there is a cut back in power as when the car is idling or running the AC purely on the battery.

Contaminant or any kind of debris entering into the system is a common problem for car ACs as they are located at the front of the vehicle. Obstructions in the condenser or breakage of the cooling fans are among the two big problems caused by the debris. Issues of this nature that are caused by foreign objects can have a number of adverse effects on the system and should be handled by experts with proper inspection. If you find yourself idling without proper cooling after a particularly windy day, it could indicate damage to the air conditioning system. A halt in cooling while idling can possibly be due to a blown fuse or broken fans caused by the debris strike.

An overheating engine is known to bring a host of problems, one of them can be a reduction in cooling. As the engine is not performing ideally, it isn’t able to deliver the adequate amount of energy to the AC system as is needed. This in turn causes a drop in the air conditioner’s capacity to work normally and produces a low cooling effect especially when the RPM drops.

Paying attention to the little details can sometimes prove to be essential in getting to the bottom of a problem. A peculiar case such as this that links to the engine itself should not be taken lightly, however, in this scenario, just a quality car service might be enough to get your AC up and running. And, If you are facing any such problem that confuses you or have doubts regarding car AC and idling that you need to be answered, do let us know below.