5 Symptoms of Bad Oxygen Sensor That You Shouldn’t Ignore 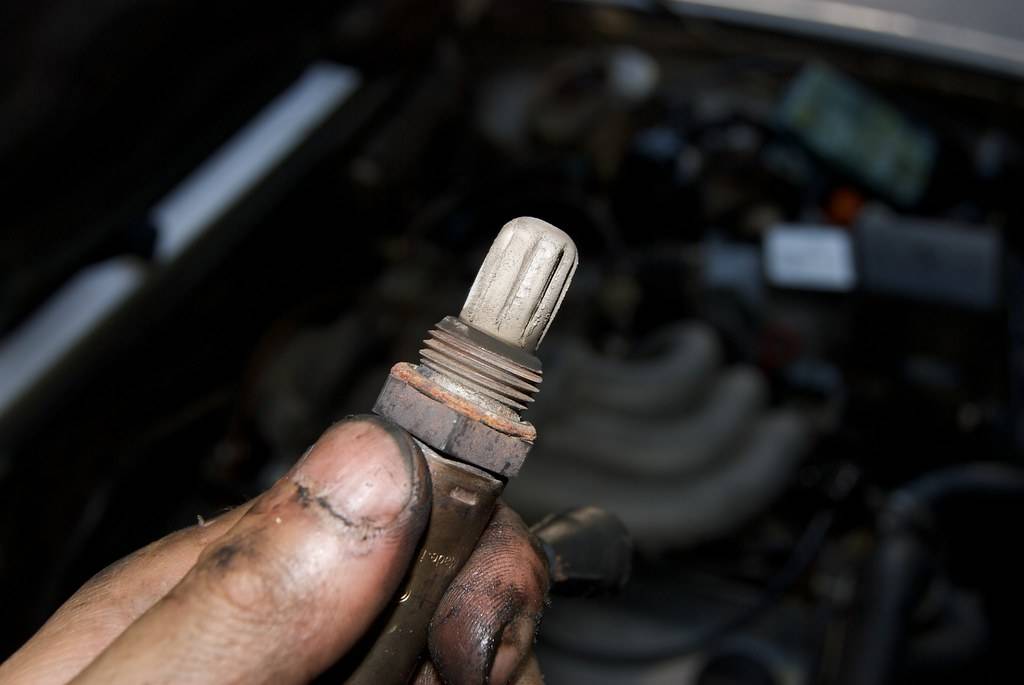 Bad automotive sensors can create all sorts of weird problems and one that is responsible for the fuel mix can even prove to cause potential damage to your engine.

If you have a bad oxygen sensor, you could face a variety of issues related to the engine. These symptoms of a bad O2 sensor can not only impact your carbon footprints but also affect the gas mileage, decrease the engine performance and even ruin the general odor within the car, creating a host of drivability problems.

Vehicles produced after 1981 have been mandated by the federal emission laws to be fitted with an O2 sensor. This has been necessary to help further minimize the release of harmful gases into the environment. The oxygen sensor is a part of the vehicle’s emission system that reads the amount of oxygen in the exhaust and relays information to the ECU in order to adjust the fuel-to-oxygen ratios and produce fewer emissions.

How Does An O2 Sensor Work

Most cars manufactured after the 2000s are fitted with at least two O2 sensors though, you may also find some cars with as many as four sensors in their exhaust system. Usually, one is present at the front of the catalytic converter and one downstream from the converter. The pre-cat sensor(present at the front) is responsible for regulating fuel supply, while the post-cat sensor (downstream) measures the efficiency of the catalytic converter. The two sensors can be either wideband or narrow band. Inside the o2 sensor are two sensing element which sit inside a steel casing where oxygen molecules are passed through its tiny holes to reach the nernst cell. Simultaneously, oxygen from outside the exhaust makes its way down the sensor and makes contact on the other side of the Nernst cell.
The sensors also need to measure the difference in oxygen present inside the exhaust gas and that existing near outside to generate voltage or make changes in its resistance for getting the most accurate reading.

If the fuel mixture determined by the sensor for pumping is too high on the fuel side and too low in oxygen, a signal is sent to the engine’s Electronic Control Unit (ECU) to decrease the amount of fuel added into the cylinder. Whereas if the fuel mixture is too lean, that is, high in oxygen, then a converse signal is sent to increase the fuel amount to be used in the engine. There needs to be a balance between the fuel mixtures to maintain the o2 sensors’ health and the engine’s proper functions. An excess of fuel produces hydrocarbons and carbon monoxide the dearth of the same discharges nitrogen-oxide pollutants. These contaminants all cover and clog the exhaust while also wreaking havoc on the engine. The oxygen sensor is vital as it keeps the mixture just right by informing of the irregularities. The Wideband sensors additionally come with a pumping cell to regulate the amount of oxygen, further increasing efficiency in the deployment of the right fuel mixture.

When there is an excess of oxygen in the fuel mixture, it causes a condition called lean fuel. While in the case of little oxygen in the fuel being pumped, it results in a clogged catalytic converter, clogged air filter, and bad fuel injectors. To have neither of these irregularities and form a perfect mixture for the engine, the oxygen sensor is crucial. When the O2 sensor is unable to operate properly, it begins to transmit false readings to the computer causing inaccurate fuel-to-air ratios in the engine.

The o2 sensors are located in the exhaust stream, making them highly susceptible to contamination and pollutants sticking on. Normal wear and contamination come in different forms to the oxygen sensors, from excessively rich fuel mixture, oil blow-by of an old engine, coolant burns in the combustion chamber to extremely high temperatures of the exhaust. All of these factors affect the sensor’s performance in terms of their response time and voltage curve for gathering and sending data.

The ominously bright red light illuminating your dashboard is the first indicator of any underlying problem with the engine. With a bad oxygen sensor, the dash will read Codes P0141 or P0172. P0141 for the Precat sensor and P0172 for too much gasoline in the exhaust which could also mean a fault with the MAF sensor. The check engine light can mean a number of different things, and not everyone is aware of what each code could be pointing at, you could assess this particular issue if you encounter other issues like low gas mileage, misfires, bad odors accompanying this signal. Nonetheless, a check engine light should always be inspected by a professional and should not be taken lightly.

A vehicle’s fuel mileage is mainly dependent on efficient fuel combination and fuel delivery. If the oxygen sensor is failing, the combustion mechanisms and fuel management system will not be able to function optimally. There will be an alteration in the fuel mixture ratios and excessive fuel will be injected into the engine causing fuel to be wasted and your vehicle’s gas mileage to wane.

When the oxygen sensor is not able to provide an accurate read, you may start to notice the episodic faltering and misfiring of the vehicle as well. You may also observe other issues with the engine, such as power fluctuations, stalling, and lurching. With the wrong fuel-oxygen ratios and combustion intervals, a bad sensor can disrupt engine adjustments, causing sporadically rough engine idling and other engine-related problems.

Due to the disturbed ratios of fuel and oxygen and a build-up of combustibles in the engine, the exhaust starts to produce a sulfuric smell, more commonly known as a rotten egg smell. Excessive fuel injection can also force the exhaust to spew black smokes as the uncontrolled pouring of fuel is not handled well by the combustion engine leaving the rest to be processed by the exhaust itself.

If you’ve already observed a rotten smell in addition to the black smoke coming out of your exhaust, there is a good chance that your vehicle’s emissions have become way more aggressive on the environment and will exceed the threshold in your next emissions test.

When To Replace The Oxygen Sensor

Typically a vehicle’s oxygen sensor needs to be replaced every 60,000 to 80,000 km. Though the O2 sensors wears-out slowly, they are also susceptible to physical damages in addition to just heat and contaminants. If you find the o2 sensor in your car failing, it is recommended to get an immediate replacement as it helps to minimize the level of emissions your vehicle puts out into the atmosphere and keeps your engine’s health in check. So, as soon as you notice any power fluctuations, sinister smokes coming out your exhaust, or an alarming light on the dashboard, book an appointment to have your vehicle inspected.

The cost involved in an o2 sensor replacement depends on your vehicle model while the service charge based on the accessibility of the sensor. The majority of the replacement cost depends on the sensor itself with the vehicle specification also influencing the price. The cost of labor is not the same for every vehicle as the oxygen sensor’s accessibility varies between car models.

Usually one might not know of the bad oxygen sensor until the next emissions test which can lead to the engine running on an improper mixture for too long. Replacing the o2 sensor on time can save you the more critical implications of such problems. If you face any of the above-mentioned symptoms, a detailed diagnosis from a quality service workshop should be the course of action.