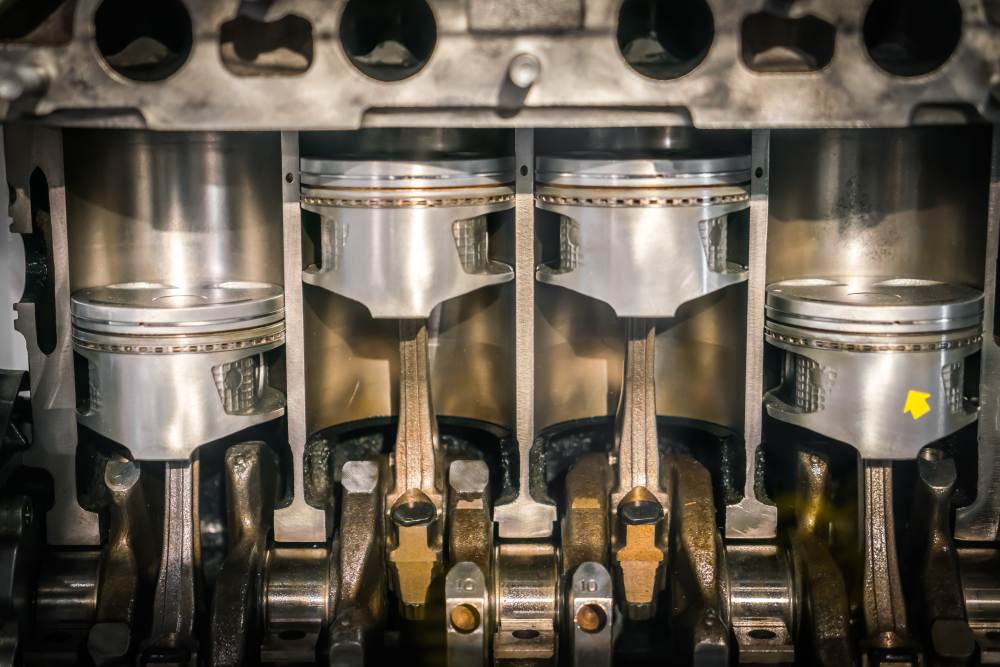 In a combustion chamber where precision is indispensable, something as small as the size of a pin could make all the difference.

Piston rings are one small but crucial part of the compression process that most fail to understand the significance of. They are seemingly uncomplicated but actually serve one of the most defined and vital roles of combustion.

Each ring performs a different role though collectively they help seal the combustion chambers, lubricate the cylinder walls and allow for heat transfer. If piston rings wear out or get damaged you may experience a host of different issues that will not only make driving cumbersome but pose a potential threat to the engine.

However, being an internal component, they are not easily accessible. So if they start to go bad, it is not possible to manually assess their condition. However, you could watch for some of the tell-tale symptoms of bad piston rings to take prudent action and prevent any substantial engine damage.

How Each Ring Functions

Before delving into the symptoms of worn piston rings let’s first understand what they are how each of them undertakes their tasks.

Piston rings are essentially metal rings attached to the outer diameter of the pistons. They are divided with a split in between that acts as a spring mechanism for changing diameters as the metal within the engine expands and contracts based on the temperatures.

These rings based on their function can be divided into two types. The upper ring which seals the combustion chamber is called the compression ring. The bottom ring which contains the holes for scraping oil is known as the oil ring. The middle ring however does not have a specific function but acts as an adjunct to the other two rings.

By far one of the most important functions piston rings serve is preventing blow-by of gases. The compression rings work to seal the gap as the piston is compressed and deter combustion gases from moving down.

Normally, some amount of gases do make it to the crankcase but the compression rings ensure the leak of gases does not exceed beyond a certain limit helping maintain a stable compression ratio and optimal engine performance.

Moving down the bottom, the third ring in conjunction with the second helps to lubricate the cylinder walls. They do so by scraping the walls for oil and passing it through the holes underneath the oil ring into the crankcase. This ensures a seamless movement of the pistons in the cylinders and prevents any abrasive contact.

Diagnosing damaged piston rings is extremely important as you do not want to open an engine unless it’s an absolute necessity. Once an engine is disassembled, it is near impossible to rebuild it to its original setting.

Constant misfires, rough idling, and poor acceleration all can be associated with various different problems but together they can be one of the common symptoms of worn piston rings. With a loss in compression pressure, the combustion process will be all over the place. The lack of piston compression will throw off the timing and cause misfires whereas excessive leakage of gases will render the vehicle inoperable for normal conditions.

Ordinarily, the engine oil is meant to circulate all through the engine and lubricate the cylinder walls where it will be scraped by the rings to return back into the sump. However, when the piston rings are worn and cannot perform their function optimally much of the oil in the cylinders ends up burning in combustion. If you notice your engine oil disappearing much quicker than it used, and without any visible leaks, it could be a sign you have worn piston rings.

Due to the excessive blow-by created by worn piston rings, another symptom you would notice is a decrease in the engine’s operating efficiency. You may experience a sharp reduction in horsepower along with an increase in fuel consumption. This directly relates to one of the five crucial things an engine needs to operate; compression.

When the pistons have worn out, they are not able to sit well contained in the ring gaps. So when the piston moves up on each exhaust stroke, the combustion gases are able to find refuge in these gaps which provides them a gateway to the crankcase on the intake stroke. This essentially leads to wastage of both the fuel utilized and the power generate from it, hence significantly reducing the engine’s efficiency.

Many of the symptoms associated with worn piston rings can also be caused by poor valve seals. So it’s important to distinguish between the two and know where the problem lies within the engine. One common way mechanics use to determine the faulty internal component is by doing a compression test. A normal compression test tells a great deal about the health of the engine though the readings in PSI alone do not tell the whole story.

Here you need to address the specific areas, each of the components commands on an operating vehicle. If the exhaust makes noise while doing the compression test, it means the exhaust valves are bad. Similarly, if the fuel injectors are producing sound it means the intake valves have developed an issue.

For piston rings, conduct the test by adding some amount of lubrication and If the pressure readings jump up, it would indicate the piston rings are fouled.

Still, such issues are quite hard to diagnose for conclusive answers and almost always call for an engine strip. It’s best to take preventative measures to avoid internal damage to the engine.

What Causes Piston Rings To Wear Out

The most common reason for premature or rapid piston ring wear is an overheated combustion environment. It is never recommended to leave the engine overheating unchecked. The reason for overheating can be various though most times it can be fixed with simple maintenance practices such as checking coolant levels, water levels, condition of the radiator, and the cooling fans.

As the pistons move up and down in the cylinder, it is the job of the piston rings to make sure they allow sufficient heat transfer and perform the movement in seamless order. If their not enough lubrication going around or the oil is fouled with abrasive particles it will not only lead to faster piston rings wear but also damage the cylinder walls. You could prevent such an issue by periodically ensuring the engine oil isn’t getting dirty and having it replaced at the specified intervals.

In a combustion chamber, timing is everything. Without a properly timed ignition, things can literally go haywire. Improper combustion is known to cause internal damage within which the most prominent of them all is your piston rings.

When your engine is old, it may have the synchronization of the crankshaft and camshaft off which can also lead to incorrect timings. And though the timing is not entirely in your hands, you could still inspect for such abnormalities on your scheduled car services.

The best way to stay on top of such a problem is to perform a compression test periodically. You can either buy a compression test kit or have a mechanic do it for you on your routine service. It’s a simple procedure that involves threading the compression cable down where the spark plugs are placed and gauging the compression. The test returns readings in PSI. Generally the higher the number the better it is for the engine. Though if it’s lower than 90 PSI, it could be an indication of something wrong.