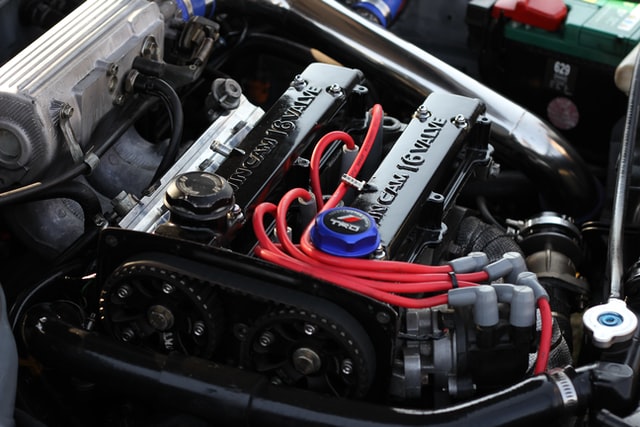 Are there different types of engine coolants? How many colors do they come in? Can I choose the color of my own liking? In this article we’ll help you find answers to all of such common questions regarding car coolants and more

Coolants are a mixture of water and antifreeze that circulates through the engine block to keep it from overheating. Coolant is the praetorian guard for your vehicle that stands between your engine and extreme temperatures, both hot and cold. It is common for an engine to run a few degrees hot while in use and in certain conditions, hot enough to harm other functioning components of the car. In such a case coolant absorbs the extra heat from the engine and returns back to the radiator. While during winters, the coolant plays its part in the normal functioning of the engine in a different way. Extreme cold is detrimental to an engine and can cause it to freeze and even crack. Coolant prevents both overheating and freezing. With its antifreeze component, it does not let the engine freeze in sub-zero temperatures. In addition to regulating temperatures in the engine compartment, the coolant also deters corrosion build-up in certain parts of the engine.

Coolants are available in a variety of colors with different specifications, but their basic composing ingredients include either ethylene glycol and propylene glycol in addition to water, and some protection additives. Let’s look at some of the common coolants in the market.-

This is one of the less widely used coolant types that come in a rather confusing color of green color and by confusing I mean it negates its positive feel as the reason it’s not used commonly is the fact that it depletes rapidly. IAT needs replacement approximately every two to three years or every 35,000 km. The IAT coolant contains silicates, which help in protecting your car’s engine against the effects of corrosion. One cool thing about this coolant is that it is universally compatible meaning it can be used in just about any engine.

Usually available in orange, yellow, red, and purple color, OAT coolants are extremely different from IAT coolants.  Unlike IAT coolants, they are made up of propylene glycol and have a life span of more than 4 years. It is one of the more efficient coolant fluids made using organic acids. It does not contain any phosphate or silicate.

Hybrid organic acid technology is the main fluid in the family of HOAT coolants. It is bifurcated into phosphate HOAT, phosphate-free HOAT, and silicated HOAT. This coolant was previously available only in one color- yellow tone. Now it is available in a whole spectrum of colors. You can find HOAT in orange, yellow, pink, and green.

The HOAT coolant is a blend of the OAT and the IAT  formula. It uses both organic and inorganic acids to protect your engine and deter corrosion. It replacing out at the same interval as OAT coolant: every five years of every 80,000 km. HOAT is generally used in all general motors, honda, and a few other vehicles.

Phosphate-free HOAT is available in a beautiful turquoise blue color. Its NAP-free composition of ethylene glycol contains both organic and inorganic agents for corrosion inhibition. It does not contain phosphates, such as nitrate, nitrite, and borate. It is also sparing in the use of silicate in its formula.

Phosphate-free HOAT is typically used in, Volvo, BWW, Audi, Jaguar, Mercedes, Porsche, Mini, Volkswagen, and many other high-end cars. The phosphate-free formulation is made with the safety of your car’s gaskets and seals in mind.

Phosphated HOAT is usually available in either pink or blue color. This coolant makes use of carboxylates, phosphates, and organic acids rather than silicates to prevent the corrosion of the engine compartment. Due to radiator issues, Phosphated HOAT coolant is usually recommended for vehicles manufactured in Asia, like, Hyundai, KIA, Nissan, and Toyota.

This fluid comes in a recognizably striking purple hue and is used mostly in flagship engines such of a Mercedes-Benz, Rolls Royce, BMW, Bentley, Porsche, and Lamborghini. The Silicated HOAT uses organic acids and silicates for blocking corrosion build-up in your engine. It has a composition free of phosphates, nitrites, nitrates, borates, and imidazole.

The coolant offers corrosion protection and effective cooling for five years or 240000 km.

What Is The Best Coolant For Your Car?

Choosing the best engine coolant for your car depends on three factors namely the vehicle type, origin, and manufacturer. Typically one should get the coolant recommendation by the vehicle manufacturer for the specific model. Choosing the wrong coolant type can be deleterious to the engine and can lower its efficiency or worse cause it to fail.

Note- if your car has been tweaked with new or different spares, this could vastly affect the type of coolant it would require. It is best to take expert assistance on this matter to ensure your car’s safety and optimum performance.

There might be a smorgasbord of coolants type with a spectrum of colors and though you might like to remember your car’s coolant in the way IAT coolant is green and HOAT coolant is turquoise, Bear in mind that color isn’t always an accurate measure for determining the right coolant type for your vehicle. There are specific brands designed for specific cars with geography and model also playing a role. It is advised to use color as a guide, but also always take the time to read the product label verifying the coolant’s compatibility with your car.

Is It Safe To Mix Coolants

You should not try to mix any kind of coolant on your own. The different colored anti-freezes may be made of the same ethylene glycol composition, but there are a number of additives that render the two incompatible. While it is said to have no problem mixing fluids of the same type but different colors, we would advise you to eschew any such practice if you replace the coolant yourself. To put it simply – The best-case scenario- you would weaken the corrosion inhibitors resulting in inefficient performance. Worst case scenario- you would end up destroying your engine.