5 Symptoms Of Bad Ignition Coil – The Heart Of Ignition 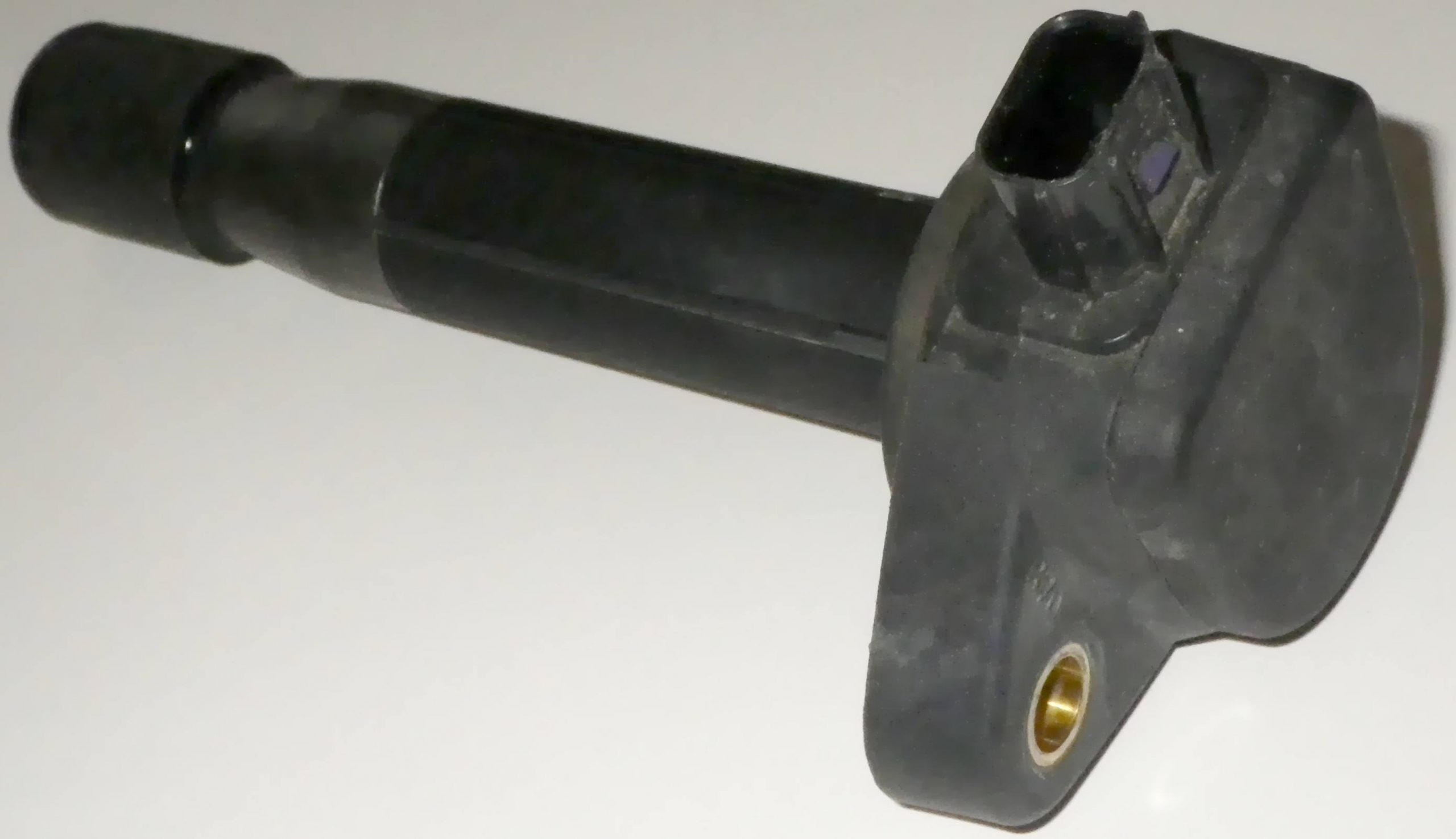 Before the voltage from the battery reaches the spark plugs, it goes through your car’s very own mini transformer called the ignition coil.

Like any other transformer, an ignition coil uses electromagnetic induction wherein it converts the limited 12 volts from the battery to a much greater voltage.

An ignition coil is the heart of a vehicle ignition system that enables the spark plugs to jump the gap between the electrodes and ignite the fuel mixture. If these coils wear down or sustain damage, it could impact the ignition capacity of the system at its core.

Bad ignition coils can be quite confusing as they can produce symptoms similar to that of a weakened spark but not necessarily reflect on the spark plugs.

Normally, the symptoms of bad ignition coils aren’t drastic as it’s highly unlikely that all will go bad together. Though you may still see noticeable signs of reduced engine performance overall.

For an engine to turn over, it is essential to have a powerful spark. This job, as you may think, lies with the spark plugs but actually, the thousands of volts delivered to electrodes are produced by your car’s very own mini transformer.

It is quite rare to have more than one ignition coil go bad at a specific time, though you could possibly have a no-start condition if two or more fail to work properly.

whereas other times you may hear slight misfires here and there. It is common for a single ignition coil to go out without any warning sign. Though that does not mean, you should ignore the sporadic misfires.

Misfires that occur past a certain speed limit can be a helpful indication that one of your ignition coils is failing. Moreover, a failure in one of them can indicate impending failure of another as generally ignition coils go bad due to shorted wire or through worn-out spark plugs.

If your ignition coil pack housing has sustained damage it could potentially cause misfires at idle. When the coil is gets broken or singed it may not be able to send electrical charge directly to the plugs and attempt to find the shortest route for the charge to escape.

So instead of the current going through the spark plugs into the engine, it may try to bypass the electrode and finds its way through the closest route which would be the sidewalls of the cylinder head. This is a sure way ignition coils create misfires.

You can try to closely observe the ignition coil housing and if it appears to be damaged in some way, it could be a tell-tale sign that you’re ignition coils are at fault.

Due to improper combustion of the fuel mixtures, it is quite obvious to have a bad gas mileage. Although with an ignition coil failure, the dip in fuel economy may not be too significant.

This typically occurs as a result of improper combustion in only one of the cylinders in the engine. And though it’s unlikely if two or more ignition coils go bad, they can create a massive slump in your fuel economy.

With constant misfires and limited functionality of the system, the check engine light will soon come on. The internal diagnostics of your car can help you diagnose issues within your vehicle before they manifest in more serious ways. For a bad ignition coil, the code you may get would be a P0351 which means a primary/secondary circuit malfunction.

You can attempt to fix the issue by installing new ignition coils. It is quite a straightforward procedure that doesn’t require all that many tools. Though it may not help diagnose why the coils failed in the first place.

How To Differentiate Between Bad Spark Plugs And Bad Ignition Coil?

If you notice an unusual misfire pattern in your engine it is normal to be suspicious of the spark plugs as they too may go out spasmodically and cause improper combustion in one of the cylinders. But how do you distinguish between a spark plug failure and an ignition coil failure?

While it is quite hard to diagnose the latter, you may be able to inspect for the issue by probing the spark plugs. You need to visually look for signs that may indicate excessive wear on the spark plugs.

Starting from the top, look for any accumulation of dirt or rust on the electrode. Also, check to see if the gap between the electrode has increased significantly or not. That could potentially be a tell-tale sign because with a wider distance the plugs will need more energy to jump the gap.

If you wish to confirm the issue by checking the ignition coil, you would need to conduct a multimeter test. A multimeter can precisely determine how much wear the coil has undergone and how much voltage they produce.

Though if you want to check if the ignition coils are completely died out, one way you may do that using a set of jumper cables.

To perform the test you would need jumper cables, a couple of screwdrivers, and someone to crank the engine.

Next, have someone crank the engine. When the engine is cranking, bring the other screwdriver near the metal end of the attached screwdriver and you should see sparks coming out.

It may either be a low voltage current or maybe the coils are just fine. In order to find out you would need to do a multimeter test.

When Should You Replace Ignition Coils?

Unlike spark plugs, Ignition coils do not have a service interval. They generally last for a good amount of time before going bad and usually end their service life separately. So if you find one that’s gone bad or somehow has a reduced capacity, you may go ahead and change that one.

Ignition coils do not necessarily need to be replaced in a set as a failure of one does not always indicate the failure of another- at least in the very near future and interestingly being on schedule with spark plug replacement is found to help increase the life of ignition coils. So if you want to be on point with your ignition coil maintenance try to replace the spark plugs before they are severy worn down.

A bad ignition coil can produce symptoms similar to that of worn spark plugs. And regardless of the problems you may find in the spark plugs from a visual perspective you still should have your vehicle tested for bad ignition coils by a professional mechanic.

Two of the main factor responsible for damaging ignition coils include the spark plugs themselves and a circuit failure. The best way you could diagnose such an issue is by using a resistance meter. However, not everyone knows how to use such equipment. So as a general practice have your car tested for ignition coils on every periodic service and replace the set of sparks plugs on timely intervals.