Premium Petrol Vs Normal Petrol: Which One Should You Prefer? 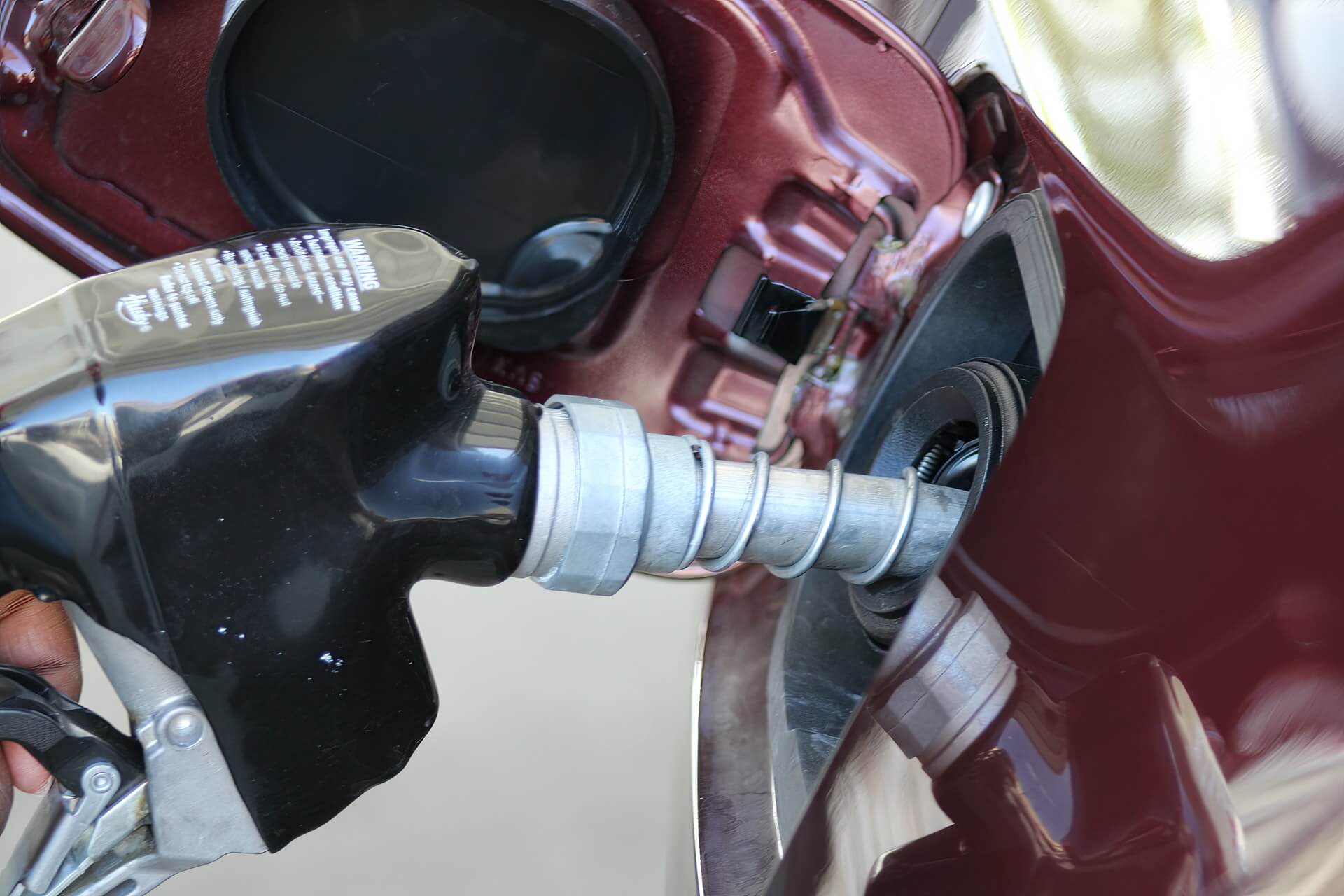 When it comes to buying a new car, most people consider mileage to be the most essential factor. This is unsurprising given the rapidly growing cost of fuel. It’s no surprise that India produces some of the world’s most fuel-efficient vehicles. Carmakers regularly outdo themselves and come up with an upgraded car with higher mileage as cars become lighter and technological advances make engines more efficient. However, one question that many people have is which fuel to choose between regular and premium.

The catalytic cracker produces hydrocarbons such as paraffin, naphthenes, and olefins, which are used to make petrol. The crude oil, which is made up of large hydrocarbon molecules, breaks down into tiny molecules, which are then vaporized with the help of a catalyst. After all of this, petrol is separated from crude oil and enriched with additives to ensure that it does not leave large carbon deposits inside the engine.

The following are the types of vehicle fuels commonly used in India:

One of the most prevalent fuel kinds for a car is petrol, commonly known as gasoline. It is clear and is made from petroleum fractional distillation. It comes in a variety of configurations and is utilized in spark-ignited combustion engines.

It is inexpensive and it allows for maximum acceleration. There are plenty of gas stations around and all types of ranges are suitable. However, this fuel produces a lot of harmful fumes. It has a poorer fuel efficiency than diesel.

Despite the current situation, diesel usage increased by 27%. This demonstrates the popularity of this fuel. Diesel is made through fractional distillation of petroleum oil that is precisely designed for a diesel engine, just like petrol.

It is cost-effective and efficient for long trips and it has a lot of torque and performs well in the rapid lanes. It  also provides faster acceleration. However, diesel engines require a lot of maintenance and so cost a lot of money. A diesel engine isn’t suitable for every vehicle.

CNG, or compressed natural gas, has less than 1% compressed methane by volume. It is one of the newest types of fuel for cars in metropolitan areas, with the primary goal of reducing pollution.

It is known as “Green Fuel” since it is free of lead and sulfur. It has a high auto-ignition temperature (540 degrees Celsius) and a low flammability range of 5% to 15%. It means that a CNG concentration of 5% to 15% in the air will not cause unintentional combustion, ensuring safety. It is safe to use because it is kept in leak-proof certified cylinders. If it spills, it disperses and mixes with the air because it is a light gas.

However, CNG stations are scarce, compared to petrol or diesel stations. It takes up at least a third of the boot space. This makes loading luggage into the cargo compartment difficult for sedan or other automobile owners. After 3 to 4 years of use, the performance of a CNG vehicle degrades. After a year of regular use, the engine’s optimum performance drops by 10%. It impairs the performance of fuel injectors and causes them to dry out quickly. In the long run, it degrades engine performance. When compared to other vehicles, a CNG-powered vehicle has a worse fuel economy. Converting a typical petrol or diesel-powered vehicle to CNG is expensive.

Biodiesel is made by mixing fuel with other oils. Transesterification is the process of converting vegetable oil, animal fat, and waste cooking oil into biodiesel. It is one of the best biofuel alternatives because it is made up of natural materials.

It is environmentally friendly, emitting 11% less carbon monoxide than other fuels. It has a lower flashpoint and a higher temperature of combustion. Because there is less risk of unexpected ignite, storing this fuel is simple. It is a non-toxic, renewable energy source that ensures long-term viability. Aids in extending the life of an engine. It works as a solvent to remove filth from the engine and restore its maximum performance, hence reducing wear and tear. Vehicle owners can utilize it with or without changes in diesel engines. This fuel decreases reliance on oil imports from other countries.

However, It will gel if exposed to lower temperatures. In colder temperatures, the paraffin component of a fuel solidifies, forming a gel-like element. Despite the fact that biodiesel has the benefit of eliminating dirt from the engine, this debris clogs the gasket, causing harm. The rubber housing of an engine is also damaged. A biodiesel vehicle has worse fuel efficiency than other vehicles. Fuel efficiency is reduced by 1% to 2%. It costs more than oil. Animal fat, vegetable oil, and other oils are used to make biodiesel. It has an impact on food availability and costs, resulting in food shortages. Because specific crop production is not possible in every place, it has geographical constraints.

What is the composition of petrol fuel?

Naphthenes, paraffin, and olefins are hydrocarbons found in petrol. A method known as the catalytic cracker produces these hydrocarbons. This technique breaks down large hydrocarbon molecules in crude oil into tiny molecules.

A catalyst is used to evaporate the small molecules. Finally, petrol is derived from crude oil after this process. After that, additives are added to the petrol to improve its quality. A decent fuel does not leave a lot of carbon deposits inside the engine.

Octane is a chemical component found in petrol. Premium petrol contains a greater percentage of octane. The amount of octane in the petrol determines how well it performs in higher-pressure engines; higher-rated fuel performs better than lower-rated fuel. The normal rating for premium petrol is 91 octane or higher, and every car sold has its hardware calibrated to run properly on this petrol. Because of the higher octane rating, premium fuel is more expensive than regular. Lower fuel consumption, as well as improved engine protection and performance, are all advantages of this higher octane grade.

When they arrive at a gas station for the first time, most people who are driving for the first time face the challenge of picking a specific type of petrol. They are torn between using regular or premium petrol. Anyone can tell that premium fuel is a higher quality of petrol by comparing the costs, but no one realizes what other characteristics give each petrol type its distinct personality and outcomes. Premium petrol has its own characteristics and costs vary by brand and quality.

Certain car engines require premium petrol. Vehicle owners should be cautious in such situations, as there are many frauds going on at gas stations these days, where employees fill up regular petrol while claiming it is premium. This could pose serious problems in engines meant to run on premium petrol. Vehicle owners should maintain their vehicle insurance available to cover the costs of repairs incurred in such situations.

In most regions, normal petrol is classified at 87 octane. Higher octane fuel can withstand higher compression levels before detonating. For best performance and fuel economy, engines with high compression ratios or turbochargers frequently require high octane fuel found in premium gas. The majority of cars on the road today, however, are designed to run on regular petrol.

What about diesel fuel?

A separate metric, known as the Cetane number, is used for diesel fuel. High numbers on the cetane number scale indicate fuel that ignites easily and performs well in a diesel engine. High values on the octane number scale indicate fuels that resist spontaneous ignition and, as a result, are less likely to knock in a petrol engine. Because higher values signify higher quality for the corresponding purpose on both scales, high cetane numbers have low octane levels and vice versa. Manufacturers recommend a Cetane number of 40–60 for diesel automobiles.

Diesel, on the other hand, has an octane rating of 15-25. Diesel is combusted in a different sort of engine, which accounts for the seemingly low number. Diesel has minimal volatility and knock resistance, but it has a lot of energy per volume. Diesel should not be utilized in a petrol engine due to its low knock resistance.

The octane number is the most significant difference between regular and premium petrol. Regular petrol has an octane rating of 87, whereas premium petrol has a rating of 91 or higher. The octane number is now merely a unit for determining the ignition quality of petrol. The ‘cetane number’ is used to calculate this in diesel. The higher the octane number of petrol, and the higher the cetane number of diesel, the less likely the engine will knock. Another distinction between regular and premium fuel is the large price difference. Premium fuel is more expensive, often by a significant amount.

Premium petrol has been advertised by many Indian oil firms, notably IOCL, HPCL and BPCL, as increasing mileage and engine life. Most premium Indian petrol has an octane rating of 93-94, whereas regular petrol has an octane value of 87. Select stations even sell 97 octane gasoline, which is utilized in high-performance vehicles.

Premium Petrol Vs. Normal Petrol: Which one to choose?

If your car’s owner’s manual specifies regular petrol exclusively, you should follow it. This is because your car’s engine has been built to perform best with regular gasoline, and you’ll be wasting money by paying for something you don’t need because using higher octane petrol in your car will provide no benefit. It won’t make your car go faster or save you money, despite what the advertisements claim.

If your car engine is knocking repeatedly while using standard fuel, you might consider switching to premium fuel, but only after having your engine tested for a possible mechanical problem. Most modern automobiles feature knock sensors that can be adjusted. Don’t believe everything you hear. Using premium fuel in a car that was designed to run on regular fuel will provide no benefit. There will be no additional power generated, and your car will not accelerate. There will also be no improvements in fuel efficiency.

All cars are tuned to perform at their best on a specific type of fuel. Carmakers spend a lot of money on research and development to figure out which setting is optimum. As a result, if the engine is designed to run on lower-quality fuel, one should follow the manufacturer’s instructions rather than paying more for premium fuel. Similarly, if you have a high-compression engine in a performance car, you should use the higher-quality fuel advised by the manufacturer.