7 Symptoms Of A Clogged Fuel Filter 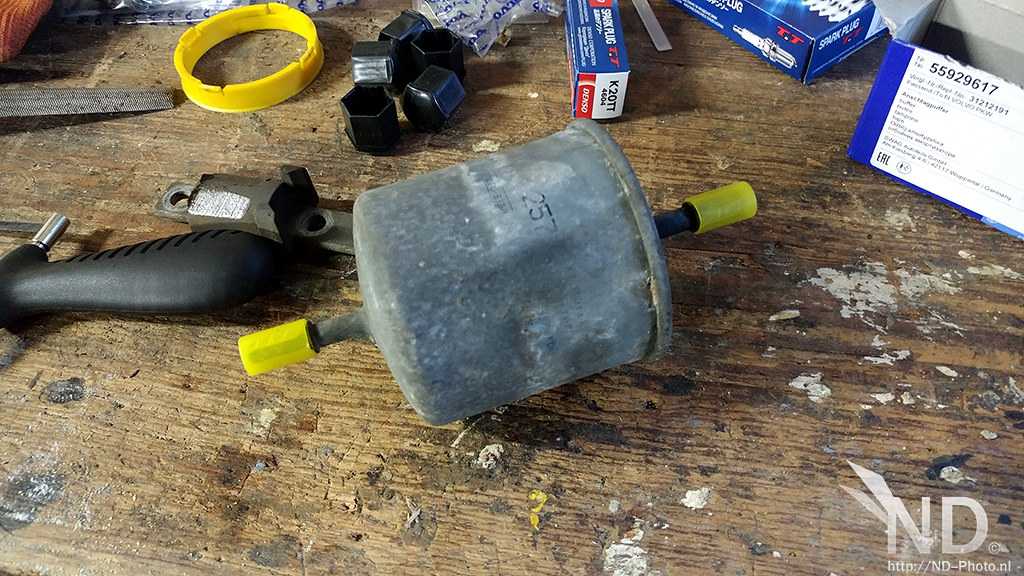 The fuel filter is your car’s praetorian guard, standing in the way of any type of debris and screening out the dirt or contaminants that may try to enter into the sensitive fuel injectors. It traps in even the smallest sediments that would otherwise prevent proper atomization of fuel and wreak havoc on the fuel delivery system.

And, in spite of operating in high-pressure levels and continually accruing dirt, fuel filters are quite robust, generally lasting over 100000 miles. Though they are recommended to be replaced every 60000-70000 miles.

Unfortunately, though, In modern vehicles, it is near impossible to get your hands on the fuel filter for a routine examination due to its tricky placement, and even if you did, it would be quite a laborious task, just to see if it’s clogged or not.

So, if you suspect problems with the fuel filter it’s best to have it replaced immediately. Here are some of the symptoms you may experience with a clogged fuel filter.

The engine requires an optimal combustion reaction to generate power. It does so in the presence of sufficient and precise amounts of both fuel and air. But when one of them is in short supply, it would disturb the fuel ratios and the combustion would not be able to proceed as smoothly.

A clogged fuel filter severely holds back on the supply of fuel mixture which doesn’t allow for the engine computer to command power from the vehicle effectively. When you have a dirty fuel filter, you will observe a notable decrease in power where the engine would constantly feel sluggish in both operation and acceleration.

Fuel is one of the key things in the ignition process. Upon turning the key in ignition, you essentially set the way for the fuel to be channeled into the engine. The fuel pump primes and delivers the pressurized flow of fuel. But before the fuel makes its way into the cylinders, it needs to be screened out for possible contaminant using the fuel filter.

If your fuel filter is gunked up, it is more than likely your car will have a no-start condition or a sluggish ignition. The fuel passing through the clogged filter may either get blocked or take some time to make its way through causing fuel problems in the engine.

For some, the engine may start out normally without much problem. But with a lean condition, it will rarely operate as normal once it’s running. As the air coming in, disproportionate to the amount of fuel is burnt in the cylinders, it leads to an inefficient combustion reaction. You may notice the engine vibrating and operating extremely rough when the fuel supply is reduced.

The misfires occurring from a dirty fuel filter may faint at high speeds because of the increased pressure demands but still may not be able to deliver the same performance as you would with an unimpeded flow.

In a gasoline starved engine typically two things occur, slower combustion and inefficient atomization of fuel. A perfect fuel mixture allows for the generation of mechanical energy while also producing some heat that is effectively dealt with by the engine’s cooling mechanism. The various cooling systems in place constantly work to reduce the heat produced by the engine under normal conditions.

But when the engine is running lean, it takes significantly longer for the mixture to burn which produces a lot more heat. The coolant and other tools in the cooling arsenal cannot compensate for the extra heat produced by the system.

Another notable sign of a bad fuel filter is an unexpected stalling. Stalling can occur one of either way if you have a blockage in the air supply or the engine isn’t receiving enough or any fuel. When the engine can not continually burn fuel, it is quite obvious the combustion process would come to a halt.

A clogged fuel filter can sometimes trap a bigger piece of debris that may not let enough fuel pass. in which case what the engine is supplied with for operation may not be suitable for a sustained combustion reaction.

Damage To The Fuel Pump

The back pressure created from clogging up the fuel lines can put excessive strain on the fuel pump’s motor and force it to push harder. This will eventually lead to burning the electric motor from too much stress.

The ECU evaluates the fuel mixture at every step to achieve the optimum fuel mixture for your car. If the engine computer repeatedly reads low fuel pressure from the injectors, it will trigger the check engine light.

Though the check engine light can mean a variety of things, it never advisable to ignore it as it usually indicates critical errors that require your immediate attention.

Fuel filters generally don’t clog up easily and last for their entire service run without compromising the fuel pressure. You may observe a significant dip in fuel pressure only when the filter is severely clogged up. The best way you can ensure to not clog your fuel filter is to mark the unit with the number of miles at which you had it replaced so you could better gauge its condition and have the next replacement at the right time.