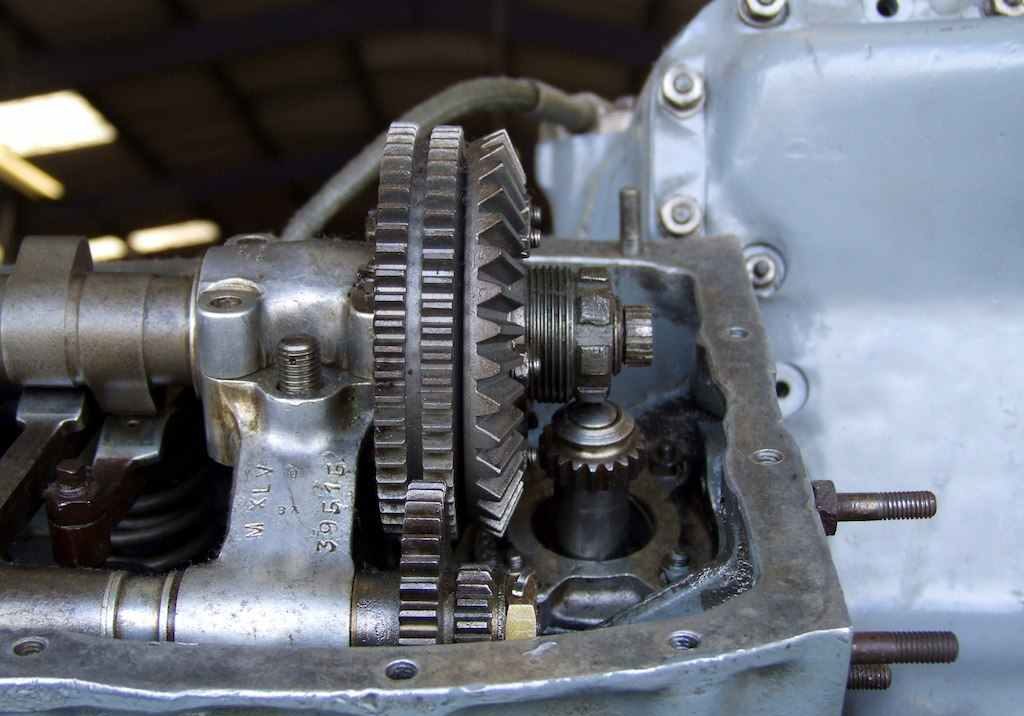 Combustion engines have an intricate timing mechanism that relies on accurate and real-time data. As the engine is rotating the purpose of the camshaft position sensor is to monitor the position of the camshaft in relation to each piston and the crankshaft to report its movement speed to the ECU. This helps the ECU adjust the ignition timing and monitor the opening and closing of valves.

If the camshaft position sensor goes bad, the engine computer will not be properly able to identify the cylinder to fire in as well as send out wrong timing for the spark plugs to fire at.

The camshaft position sensor, also known as the cylinder recognition sensor is a magnetic device that works to report the position of the camshaft to the engine control module via an electrical connection. The sensor is typically positioned in line with the camshaft gears to closely monitor and obtain the rotational data.

The device uses a magnetic resistance element to sense the changes happening at the camshaft teeth and understand rotation speeds, stimulating an AC voltage to be transmitted to the computer.

When the teeth around the sensor rotate, they stimulate a change in the pulse which is used to produce an AC voltage reading.

The voltage sent to the ECU. The frequency and number of the pulses helps the system precisely determine how fast the pistons are moving and where they are currently located.

A bad camshaft position sensor essentially takes away the engine computer’s ability to command time and location accurately. Without accurate data coming from the camshaft, the ECU will not ignite the fuel mixture at the right moment and will not be able to perform injection spills efficiently leading to a variety of different problems in the vehicle.

Fuel injectors will take time to respond in relation to the ignition. This may either be due to voltage fluctuations or simply a fault in the electrical path. Sometimes damaged fuses, wires and produce the same effect as a bad sensor.

When the engine control unit recognizes a false read from one of the crucial sensors it may trigger a low power condition what’s known as a limp mode. In this condition, the vehicle’s transmission stays stuck in a single gear or gets locked up while you’re driving, and while the car may still operate you won’t feel any power from the engine.

A bad camshaft sensor may trigger this condition when the data received from the camshaft doesn’t match RPM readings from the crankshaft sensor which tells the ECU that the components aren’t synchronized, causing it to enable the security function.

In few cases, the problem solves itself upon restarting the vehicle, though you shouldn’t ignore this and continue to drive rather take it as a warning signal and have your vehicle inspected for a sensor that has gone bad.

Ignition mismatch is one of the prime reasons for misfires. When the spark does not occur at the correct time, it leads to an uncontrolled reaction in the combustion chamber that not only produces disquieting noises but also causes substantial internal damage.

The camshaft position sensor is crucial in determining the position of each piston. It helps the ECU ignite the fuel mixture at the right time for an efficient combustion reaction.

When the camshaft sensor isn’t able to properly identify the piston positions, it can lead to ignition at the wrong time producing violent explosions in the combustion chamber.

Some engines that require rotation data from both the crankshaft and camshaft to determine their position in relation to each other will not function if either of the sensors goes bad. You may try to start the engine but the vehicle will not turn over. The engine control module will prevent the car from starting as it will not have the correct timing information and the ability for cylinder recognition.

On the other hand, some cars may not be affected in such a manner. The engine will continue to run rough but the ECU will be able to substitute the crankshaft sensor for the camshaft data in order to start the car. It may either make use of a crankshaft sensor to find how the camshaft is oriented in the system or use certain preset parameters for ignition and fuel timings.

Generally, an engine abrupting grounds to a halt when either the fuel or air is suddenly cut from the system. If the electrical signal from the CSPS breaks and does not reach the ECM, the engine computer may intermittently cut the supply of fuel to the engine causing the vehicle to halt.

Some vehicles however may be able to compensate for a failing camshaft position sensor by substitute it for the crankshaft. Though that would hardly be efficient.

As a result of failing camshaft sensor reading, the ECU may not get accurate information when the vehicle is being operated. The bad camshaft sensor may either relay a signal sporadically or sometimes send a bad read. This leads to an improper amount of fuel being injected as well as the time at which it is ignited leading to suboptimal acceleration and throttle response that is not always even.

When the timing for fuel injectors is not optimal, they may sometimes fire an immoderate amount into one cylinder which is forced down the exhaust to be burned. Such fuel that is not burned in the combustion chambers comes out black smoke.

Timing is one of the main factors for an efficient combustion process. If the fuel injectors are firing an immoderate amount of gasoline, the engine will not be able to function properly and put out bad gas mileage.

The improper data from a bad camshaft position sensor leads to a poor spray pattern and even spillage of fuel outside. Not only will it cause wastage of fuel but quite possibly damage the engine.

One of the operational objectives of the camshaft position sensor is to regulate the amount of fuel that goes into each cylinder. The position of the camshaft helps the engine control unit determine the timing as well as the duration of every fuel injection.

In some cases when the ECU observes a breakage in transmission from a failing camshaft sensor or a complete shut-off, it can disable the fuel system. That means the fuel injectors will have no pulse when firing causing the vehicle to not start.

Lastly, you will see the check engine light come on. The engine light is always concerning as it could mean a lot of different things. The internal diagnostics generally indicate serious problems within the vehicle which need to be tended to promptly. So if you have a check engine light illuminating your dashboard it’s best to get it scanned for trouble codes or you can do that at home using an OBD-II scanner.

The trouble code for a bad camshaft position sensor is P0340, though you should still have the vehicle examined by a professional workshop where they will perform end-to-end inspection from wiring, fuses to the actual condition of the sensor housing body.

Can You Drive With A Bad Camshaft Position Sensor?

On some vehicles, a bad crankshaft position sensor can create a no-start condition while for others it may trigger limp mode. Driving itself can become cumbersome with a bad camshaft position sensor, so it’s best to replace it. Though if you are able to drive the car without much problem, you should still get your car scanned for trouble codes. A bad camshaft sensor is bound to trip a check engine light.

The way a camshaft sensor works is similar to a crankshaft sensor. In some vehicles, the ECU may even be able to compensate one for the other but you should always look for the subtle signs to avoid any outcomes that may damage your engine.