Petrol Car vs Diesel Car: Which Is Better in India 2022? 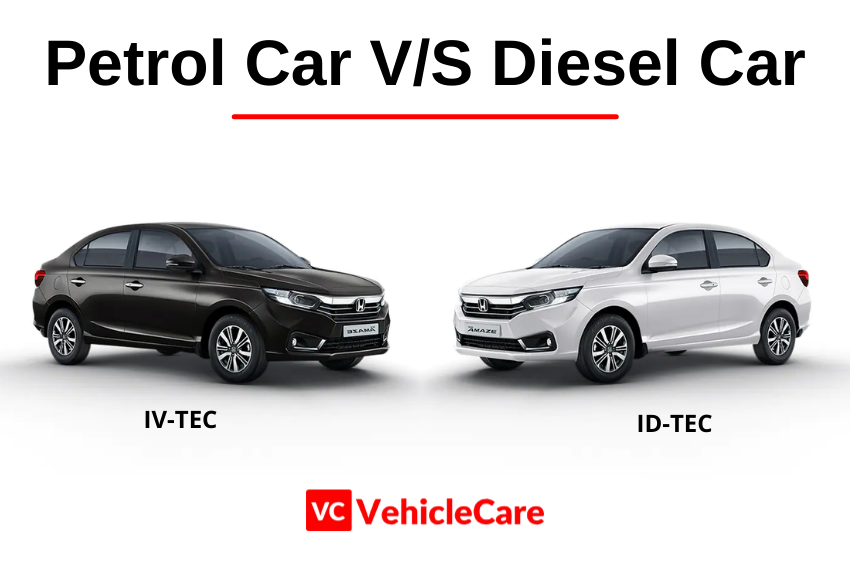 Buying a new car? Which one should you buy, a petrol car or a diesel car? Which is best? Let’s toss. Will the toss give you the right answer? What if you make the wrong decision? With thoughts such as these crossing your mind, we have made your work easier. If you want to buy a new car and your mind is stuck between which car to buy either petrol or diesel, then this is the right place. This article will remove the huge dilemma about which car to buy since it focuses on the main idea of petrol car vs diesel car.

Nothing is good or bad. The human mind perceives things as good or bad depending on their judgment and requirements. For some people maybe a particular car is the best and for some, the same model may be the worst. But this does not signify whether something is good or bad. The are several factors on which we differentiate things. Depending upon your requirements, we will help you select the best car, either petrol or diesel.

However, keeping the key differences in view you can select your dream car to be petrol or diesel. The basic factors that will help you to differentiate between a petrol and a diesel car include:

Given the above factors, the basic difference between a petrol and a diesel car is listed below:

The basic question that a person asks while buying a car is: What is the mileage of the car? In comparison, a diesel car has a superior mileage as compared to a petrol car of the same model. Diesel fuel is comparatively cheaper than petrol. Thus diesel cars provide a superior mileage with lesser fuel capacity.

The basic factor while buying a car lies in the fact that how much you can spend on this luxurious requirement? Likewise, the simple answer lies that petrol cars are more affordable than diesel cars depending on the machinery and fuel which is cheaper for petrol cars.

The NVH (Noise, Vibration, and Harshness) levels of a petrol car are low. But nowadays, in high-end car models, the diesel engines are refined so that only a marginal sound can be heard which makes a diesel car to be chosen as a perfect model in terms of refinement.

Which Engine Has More Pickup Diesel or Petrol?

Which Car Is Best for Long Drive Petrol or Diesel?

There are pros and cons to both petrol and diesel cars when it comes to long drives. Here is a breakdown:

● Petrol cars are cheaper to run than diesel cars, but diesel cars produce more torque which can be helpful for towing or hauling heavy items.

● Diesel cars are better for long drives as they have a higher fuel economy than petrol cars – meaning you’ll need to fill up less often.

Diesel cars have the upper hand in the industry because of the low fuel cost and high fuel economy. Petrol cars are more powerful due to higher RPM and initial acceleration whereas diesel cars have better pulling power due to high torque. Also, petrol cars are more reliable than diesel cars because petrol engines have a higher combustion temperature, which means that they can withstand high temperatures better. The repair of diesel cars is also complicated but diesel engine lasts longer because it is light and volatile hence it lubricates the engine parts and protect them from wearing and tearing out.

So, did you make your choice between a petrol or a diesel car? It’s a tricky question. But having a clear understanding of your requirements and features of petrol and a diesel car will make your work easier. Considering only the fuel efficiency for buying a car will not make the correct choice. Make the correct choice by calculating your requirements before investing. Car is a valuable asset therefore make the required research and take the correct decision. Make the right choice and rush into your nearest showrooms to buy your life dreamers.

Keeping in mind the above factors we have shortlisted the best petrol and diesel cars for you to buy: