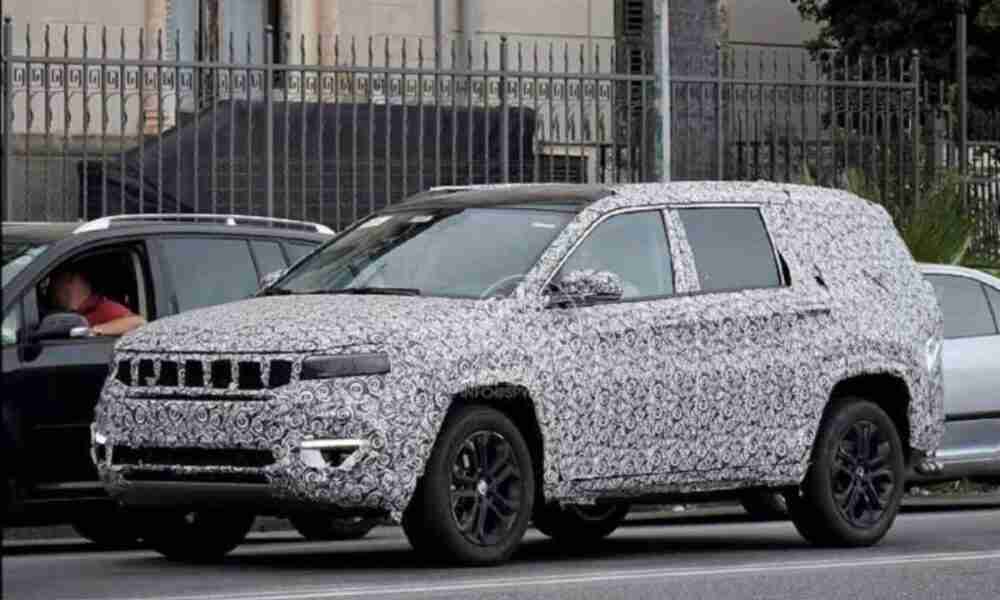 Jeep is all set to pull the wraps off its latest 7-seater SUV – The Meridian on 26th August. The SUV will essentially be a maxed-out version of the much-loved Jeep compass. The SUV was recently revealed in Brazil under the moniker “Commander” but according to rumors, Jeep might not go for the same name internationally. Here in India, this new SUV will be called the “Meridian”.

The reason Jeep would have to choose a different name for its latest offering is that the name “commander” is already been taken. Mahindra trademarked the named commander back in 1999 for its 4X4 jeep.

However, it’s not all bad news for Jeep. Name controversy aside, audiences are really looking forward to seeing redesign over the normal compass as this will be one of the few full-size SUVs from Jeep in India.

Design Changes Over The Compass

The Jeep Compass is a compact SUV that competes with the likes of Seltos and hector. And much like its contemporaries, it has a sportier design and a hulking wide presence. But its successor here seems to be quite different on many of those fronts.

Aside from the fact that the meridian will be much bigger and have the trademark seven boxes on the grille, Jeep has made numerous changes to the design in the overall look. The meridian will have less of the sporty and more of the classy feel to it. It has quite similar-looking rectangular wheel arches to the compass but the above features a more modest chassis.  The meridian has fewer side skirts and indents and looks like a practical SUV for people.

Around the interiors, the jeep meridian will have the same infotainment system and dashboard setup as the compass. And though not much has been revealed of the inside, it reportedly bears semblance to the compass to a great degree. In front of the driver, there will be a 10.1-inch touchscreen infotainment system, a 10.25-inch digital instrument console and the exact same centre console.

Other features in the meridian will include a panoramic sunroof, climate control, cruise control, electric parking brake, multi-function steering wheel, multiple airbags, and even a few autonomous safety features.

The new Jeep Meridian (commander) will come equipped with the same 2.0 litre, 4 cylinder Multijet diesel engine that powers the Compass. However, it will be tuned to compensate for the extra weight of the 7 seater SUV. The engine is claimed to put out 200 horsepower which would be appropriate for this type of car. The transmission will have a 6-speed manual clutch though you will be able to upgrade for a 9-speed automatic. Further, the new jeep is expected to have a plug-in hybrid powertrain and 4×4 variants.

Who doesn’t like the idea of a seven-seater compass with better design and interior? Given you have the budget for it. The Meridian is expected to start around the 21 lakh ex showroom and will be available reportedly from the first quarter of 2022.