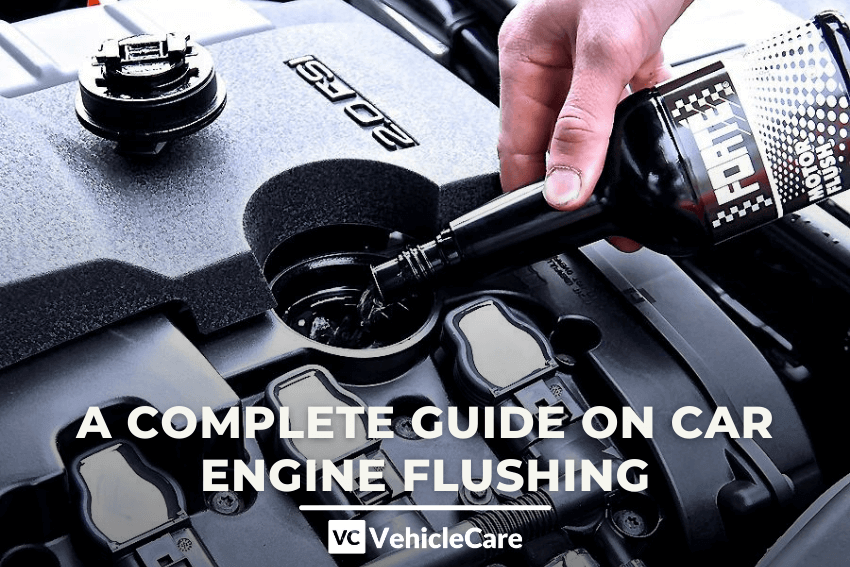 When your car is in good working order, it’s a well-oiled machine that takes you where you need to go. It is critical to ensure that your vehicle is properly maintained in order to extend its life and keep it operating smoothly. This entails routine car washes, tyre rotations, engine inspections, and oil changes. Depending on the age and brand of the vehicle, most cars and trucks will require an oil change every 3,000 to 7,000 miles. An engine flush may be necessary at some time to remove dirty oil and replace it with clean oil.

What is an engine flush?

Small particles and dirt are removed from the oil by oil filters in cars. The filter, on the other hand, is unable to collect everything. Tiny particles clump together over time and build deposits that harm your engine. The same is true with old oil, which over time turns to thick sludge and finally burns out your car’s engine. Regularly changing your car’s oil helps to minimize this accumulation, but if it has reached dangerous levels, the only way to get rid of it is to do a complete engine flush.

An engine flush is a chemical solution that has been specially designed. Sludge and deposits that have built up in your engine are removed by these chemicals. Typically, a professional will flush your automobile, remove the chemical and old oil, refill it, and return it to you in fully functional shape.

Benefits of an engine flush

The way we drive might sometimes prevent engine oil from doing its function entirely and effectively. Short journeys of a few miles and frequent stop-and-go driving can cause oil particles to form deposits in the engine, which can accumulate over time. The flow of oil is restricted by these reserves.

An engine flush can remove such deposits, allowing narrow oil passageways choked by muck to flow freely again. Allowing the oil to flow freely and releasing the deposits reduces engine wear and tear while keeping parts moving as they should.

Maintains the cleanliness of your new oil

An engine flush could assist keep your fresh oil clean, especially if you identify your car’s history from the preceding page. As a result, these services are frequently provided in tandem: The flush removes old oil deposits, followed by new oil to keep the engine running smoothly.

If the engine isn’t flushed, the fresh oil will just pick up the old deposits and sludge and circulate them through the engine. The fresh oil becomes just as filthy as the old oil in no time. An engine flush can extend the time between oil changes, especially if the car’s maintenance hasn’t been up to par.

Fills up the Gaps Left by the Filter

Most oil filters remove particles as small as 25 microns, but there are particles in your car’s oil that are considerably smaller, particles that even the greatest filter can’t keep out. Even the tiniest of details can create wear over time. They can also form sludge and deposits by banding together.

Clean oil alone will not be able to wash these particles out if they become too many. The chemicals used in an engine clean, on the other hand, can stop further wear and allow the new oil to do its job correctly.

However, in older cars, the engine flush may clean these piston rings, valves, and other parts too thoroughly. In non-metallic elements such as damaged rubber seals, the goo can sometimes work as spackle. Cleaning out the muck reveals the fissures, revealing the pieces’ vulnerability.

What is the need for an engine flush?

Most car owners will bring their vehicle in for oil changes and other routine maintenance on a regular basis. Others, on the other hand, may forget or omit to do so on a timely basis. Engine troubles loom in the future for automobile owners who frequently forget to change their oil. However, cleaning away the old oil with an engine flush will help you avoid pricey repairs.

Sludge accumulation in the engine is common among drivers who don’t change their oil frequently or whose driving style involves a lot of stop-and-go driving. Your engine’s oil is intended to lubricate the components and circulate throughout the engine. Your engine will run smoothly and effectively with this lubricant.

The manner someone drives or sloppy car maintenance can cause the oil to fail to do its function properly. Oil deposits occur in engines when they are stopped and started frequently. As a result, the engine’s oil flow will gradually be restricted. If the old oil isn’t cycled out and replaced with new oil, the engine will clog. If the problem is not addressed, you may have to replace the engine entirely.

What is the process for an engine flush?

A technician puts chemicals in the engine oil to break out sludge or carbon deposits from old oil during an engine flush. Your technician will choose the optimum approach for doing your engine flush out of three options:

Are engine flush good for your car?

A good engine flush will assist dislodge deposits and dissolve sludge, restoring your engine’s performance to that of new. However, with older engines with a lot of miles on them, the engine sludge might be the only thing blocking oil from seeping through worn or damaged seals. When the muck is removed, the seals are exposed for what they are: garbage. Your engine begins to leak oil soon after, and your mind immediately links the engine flush product to an oil leak. The seals were already poor in the first place; the engine flush just revealed them.

Leave the engine alone and forgo the engine flush if you feel your car belongs in this category. It’s probably not worth it to try to resurrect an engine in such horrible shape without first repairing the defective seals or other flaws. In effect, you’re selecting between a performance-robbing sludge and deposits and the seals revealing their genuine condition if the engine is cleaned.

How much does it cost to flush the engine of a car?

Some engine flushes are designed for folks who don’t want to pay more than $10 to clean the dirt out of their engine. Within a reasonable price range, these cost-effective goods provide adequate service and performance.

Many engine flushes are available in the aftermarket for between $10 and $19. This line of engine flushes is more operational than the last. Furthermore, by bursting the sludge and deposits produced inside the engine, these products are simple to apply and deliver excellent performance.

Only a few businesses in the world manufacture engine flush at a pricing point of more than $19. Many individuals prefer to acquire these products because the price is not as low as the other possibilities. These are designed to provide exceptional performance while also destroying harmful materials inside the engine. So, if you can afford to pay more than $19, you should be going with one of these high-end engine flushes.

How long can you leave the engine flush in?

Long-term usage of engine flush chemicals is not recommended, more than 5-10 minutes. Simply use it prior to an oil change. Chemical additives used in engine flushes that are used for longer periods of time can harm the engine.

Owners of diesel cars and trucks should always use diesel engine flush. The hazardous carbon deposits, muck, and sludge that collect over time in diesel engines are specifically built for this type of engine flush.

Diesel fuel has an octane value of 25-30, so putting diesel fuel in a gas tank will drop the octane level, perhaps damaging the engine. By performing all of these things, you risk damaging your engine and the interconnected elements that make your car run.

Although the damage to a petrol car is less severe than that caused by diesel, it will nevertheless cause your engine to perform poorly and smoke. To avoid further harm, it’s best to get the diesel out as quickly as possible.