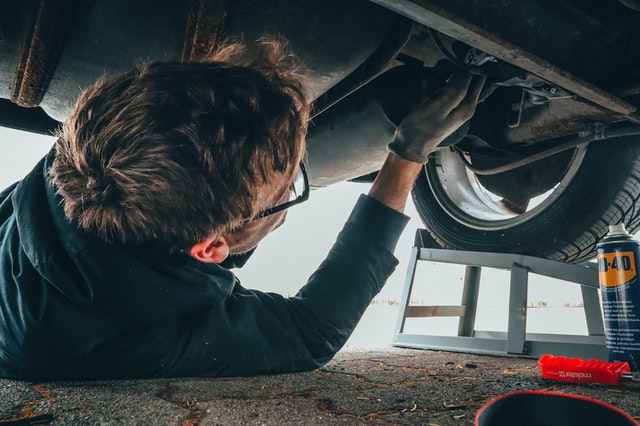 Located at the thermostat housing, a coolant temperature sensor (CTS) is a device used by the vehicle’s fuel management system to detect the engine’s operating temperature. Based on the gathered temperature information, the ECU  determines the fuel injection time, the amount and angle of delivering the gas as well as regulation of the electrical cooling fans with respect to the right operating conditions.

The CTS is a thermistor that uses electrical resistance to detect high and low temperatures. The resistance determines the changes in the sensor proportionately with temperature.

With the data collected, the CTS sends instructions in the form of electrical flow to the ECU.

This converts temperature reading into an electrical signal that, the ECU uses to control the fuel injection, radiator, ignition timing, cooling fans for an ideal operational temperature.

If the engine is running cold, the ECU’s job is to ensure more fuel injection in proportion to the amount of air entering the engine.

And in the case of the engine getting hot, the ECU powers up the radiator fans. This is a general guideline for an ECU on a sunny day. It is done primarily to protect the engine from heat damage.

Though this is an ambiguous indication, suggesting a medley of problems, it could be telling of a coolant temperature problem if it occurs before the other listed problems. It is a concomitant effect of a faulty coolant temperature sensor to cause a drop in your fuel economy.

The bad coolant sensor feeds an inaccurate reading to the system, leading it to miscalculate the timing and amount for the deployment of fuel to the engine.

If the system continues to receive amiss signals from the broken sensor, it will interpret the engine to be going cold, thereby, altering its way of functioning and injecting more fuel into the engine than needed.

This cycle will cause the engine to deliver poor fuel economy and more importantly, will lose its efficiency in the long run.

If the coolant temperature sensor is not able to detect hot and cold conditions, it can cause the engine to get overheated. A faulty sensor can send a permanent cold signal to the engine by not pumping enough fuel when needed, while it can also feed a permanent heating signal by not turning the radiator fans when the temperature climbs.

Black Smoke From The Tailpipe

This is another clear-cut sign of a bad sensor. If you notice black smoke coming out of the exhaust pipe it could be due to a miscalculation of the air-fuel mix in the engine. Inaccurate readings sent from the coolant temperature sensor can cause the fuel management system to mix fuel improperly. When the ratio of air-fuel is not in proportion, particularly if the mixture becomes too fuel-rich, It will get exceedingly difficult to process the fuel completely inside the combustion chamber, leading to the burning of the leftovers in exhaust pipes.

Note- If there is an excess of black smoke coming from the exhaust pipe, it is advised to contact a mechanic immediately.

If you hit the gas pedal but struggle to get your car going, it could mean a problem with the coolant sensor. The ECU needs to know the coolant temperature and the outside air temperatures in order to figure out the correct cold-start air/fuel combination. When the system fails to gather this information it can lose its effectiveness at starting the engine. This is especially true of cold weather where both the engine and

Too rich or too lean fuel mixture is one of the prime causes for rough idling. If a bad coolant sensor may send cold signals to the ECU frequently enough, it can cause the fuel management system to mix high amounts of gas leading to the spilling of fuel. The improper mixture is not handled well by the engine and causes it to not only deliver poor performance but also stall spasmodically and idle rough.

However, it can also be a sign of a broken coolant temperature sensor if the actual coolant levels are in the normal range. Regardless the check engine light is an important signal and shouldn’t be ignored. It is advised to take your car for a detailed inspection in order to avoid any hefty engine damage.

Like any other component in your car, the coolant temperature sensor wears over time. It is usually caused by enduring extreme amounts of heat.

If you know where the coolant sensor is located in your car, you can conduct an inspection yourself to check for any anomalies in its appearance. However, a visual inspection won’t make the grade of a thorough diagnosis as many small possible issues and malfunctions require specialized tools.

A new coolant sensor usually costs anywhere from 2000-4500 rupees depending on the brand and model. However, the labor charges for the same can be as high as 7000 but if you book your service from VehicleCare, our experts can guide you and help in getting the best quote for your car.

If you wish to replace the CTS yourself make sure that the vehicle has properly cooled down as the coolant sensor can get extremely hot. Also, check for any wiring issues between the ECU and CTS once you’re done.