SUV Vs MUV: Which One is Right For You? 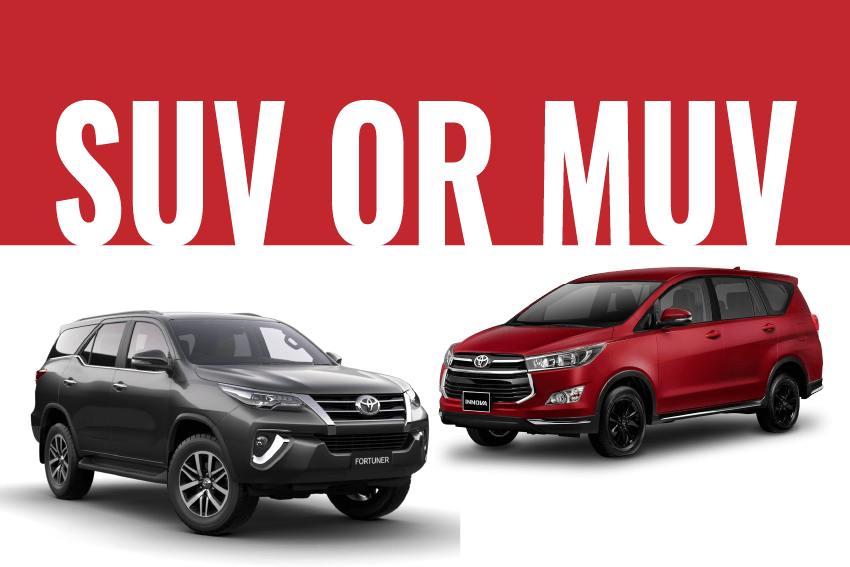 SUVs have successfully piqued the curiosity of Indian car customers. Almost every other automobile on the road is an SUV or MUV. While many people are unaware of the differences between SUVs and MUVs, each has a distinct performance and price.

Given the amount of automobiles available in the SUV market that resemble the well-known SUV, customers are likely spoilt for choice right now. Because of the severe rivalry, brands are launching SUVs in all niches to meet the market demand for SUVs.

As a result, while SUVs are at the top of the food chain, automakers are experimenting with size, features, and total engine capabilities to bring SUV comfort and power to a lower price point. SUVs are similar to trucks not just in terms of construction,

but also in terms of rugged characteristics and engine power. SUVs have a higher body than MUVs, which are just larger sedans with more passenger capacity than regular vehicles. SUVs are divided into subcategories. The other major variations between the two cars reflect this crucial difference in the appearance and genealogy of the two automobiles.

SUV Vs MUV Vs XUV

All of these words are used by different automobile vendors around the world to describe the car type based on its appearance and primary use. SUV is the most well-known term used by practically all major automobile manufacturers to describe large vehicles with seating capacity of 5 or 7 people and off-roading capability. SUVs are larger than traditional family vehicles. MUVs and XUVs, on the other hand, are classified as SUVs, although different manufacturers have given their somewhat distinct automobiles with unique features the names MUVs and XUVs.

MUVs are a huge, car-like SUV with no off-roading capability because they are designed to be used as a city waggon. XUV, on the other hand, is a specific type of vehicle given the term by specific firms in India, such as TATA and Mahindra. The term XUV is more particularly applied to hybrid vehicles that have a distinct design and architecture that does not fit into any of the traditional design categories.

XUV is the abbreviation for Crossover Utility Vehicle. It’s essentially a hybrid vehicle that combines elements from both MUVs and SUVs. Few Indian automakers, such as TATA and Mahindra, refer to their vehicles as XUV. These vehicles have unique architecture and a mix of athletic and urban elements. XUVs can be off-road capable while also being fuel efficient and suitable for urban use. In some circumstances, a XUV can be AWD, 4WD, RWD, or even FWD.

Before we distinguish between SUV and MUV cars, it is very important to understand what SUVs and MUVs really mean. Let’s have a look at that!

What are SUV Cars?

SUV is an American phrase that refers to vehicles with a lot of passenger and cargo room with the ability to go off-road across rugged terrain. The phrase is currently used to describe a considerably broader range of automobiles. Some, like the Ford EcoSport, are quite compact. The Range Rover, for example, is a huge luxury vehicle.

Some even drive sports cars, such as the Porsche Cayenne. The majority are ideal family vehicles. Within that broad range, there are a few characteristics that unite SUVs and distinguish them from other automobiles. They all have suspension that lifts them off the ground more than a hatchback, and many have comparatively tall bodywork and four-wheel drive.

What are MUV Cars?

MUVs, on the other hand, are a scaled-down variant of SUVs. Engine power, interior capacity, and, most importantly, pricing are all lower than SUVs, but higher than hatchbacks and even sedans. MUVs are the perfect alternative for people who want to explore the SUV category but can’t afford the higher price tags associated with SUVs. The FWD operating system is implemented on MUVs.

These are the perfect choice for those who want to have a relaxing drive with their family and friends in a roomy cabinet. MUVs, on the other hand, are less efficient than SUVs when it comes to exploring off-road tracks. Though they provide adequate performance in a rough environment, it is hardly what you would expect from an SUV.

MUVs have provided purchasers with an interesting SUV option. Buyers have an affordable option in the SUV category to ensure that budget constraints do not prevent them from owning an SUV car. They are cheaper than SUVs and have higher fuel efficiency than SUVs.

Difference between SUV and MUV

The fundamental distinction between MUV and SUV is that MUV is derived from the well-known line of passenger minivans, whilst SUV is an improvement on a truck’s rugged design.

Let’s have a look at some other distinctive differences between SUVs and MUVs:

Things to consider before buying an SUV or a MUV

Here are a few things you need to keep in mind before you decide to buy a SUV or a MUV:

In most circumstances, this alone will assist you in making a selection. SUVs are distinguished from other vehicles by their superior off-road capability. I can’t stress this enough. Have you ever seen those advertisements when the SUV crosses a tiny river and climbs a sloping hill? Yes, this is exactly what they were made for. Go for it if you and your friends and family are always up for an adventure.

MUVs, on the other hand, lack that capability off-road. They, like SUVs, have a large passenger and cargo capacity and are suitable for standard roads and highways. On roads with potholes, MUVs provide the same level of comfort that a sedan would. They have higher ground clearance than sedans, although they are not recommended for rough terrain.

4WD or AWD (4 Wheel Drive OR All Wheel Drive) systems are available on SUVs. These drivetrains enable SUVs to gain a lot of traction, control, and grip on slippery surfaces. These systems add to the weight of these vehicles.

On the other hand, MUVs use RWD (Rear Wheel Drive) systems, in which the engine’s power is only sent to the rear wheels. This is the most prevalent drive system, and it can be found in practically all modern sedans and hatchbacks.

SUVs are equipped with large and powerful engines. That’s understandable considering the drive system, many passengers, and bags. They also require more torque to traverse difficult terrain. Engines with more torque use more fuel. As a result, SUVs are significantly less fuel efficient!

MUVs are sedan-style cars built to transport extra cargo and people rather than climb slopes and terrains. As a result, MUVs are marginally more fuel efficient than SUVs.

Complex drive systems, large engines, high-grip tyres, and improved suspensions are what make SUVs so athletic and powerful. However, the cooler it sounds, the more expensive it becomes. This is why an SUV is so costly.

SUV Vs MUV: Which is Better?

MUVs and SUVs are two types of large vehicles that are meant to make travel more comfortable. These cars are popular because of their large interiors and various passenger capacities. Despite the obvious distinctions between the two, there may be an overlook in their assessments.

A Multi-Utility Vehicle resembles a minivan in appearance. Apart from the lower cost of the vehicle, these vehicles also have exceptional mileage, making them a popular choice among most families.

A Sports Utility Vehicle, on the other hand, is built utilizing truck plans. It has a solid, durable construction and is built on an elevated platform. These cars are great for chasing the spirit of adventure in naturally undulating terrains, despite their high cost. However, these automobiles are not very cost effective.

The decision between the two will be based on various personal factors, the most important of which is the vehicle’s function. MUVs are the better option if you want a roomy yet beautiful station waggon, while SUVs may be a better fit if you seek adventure.