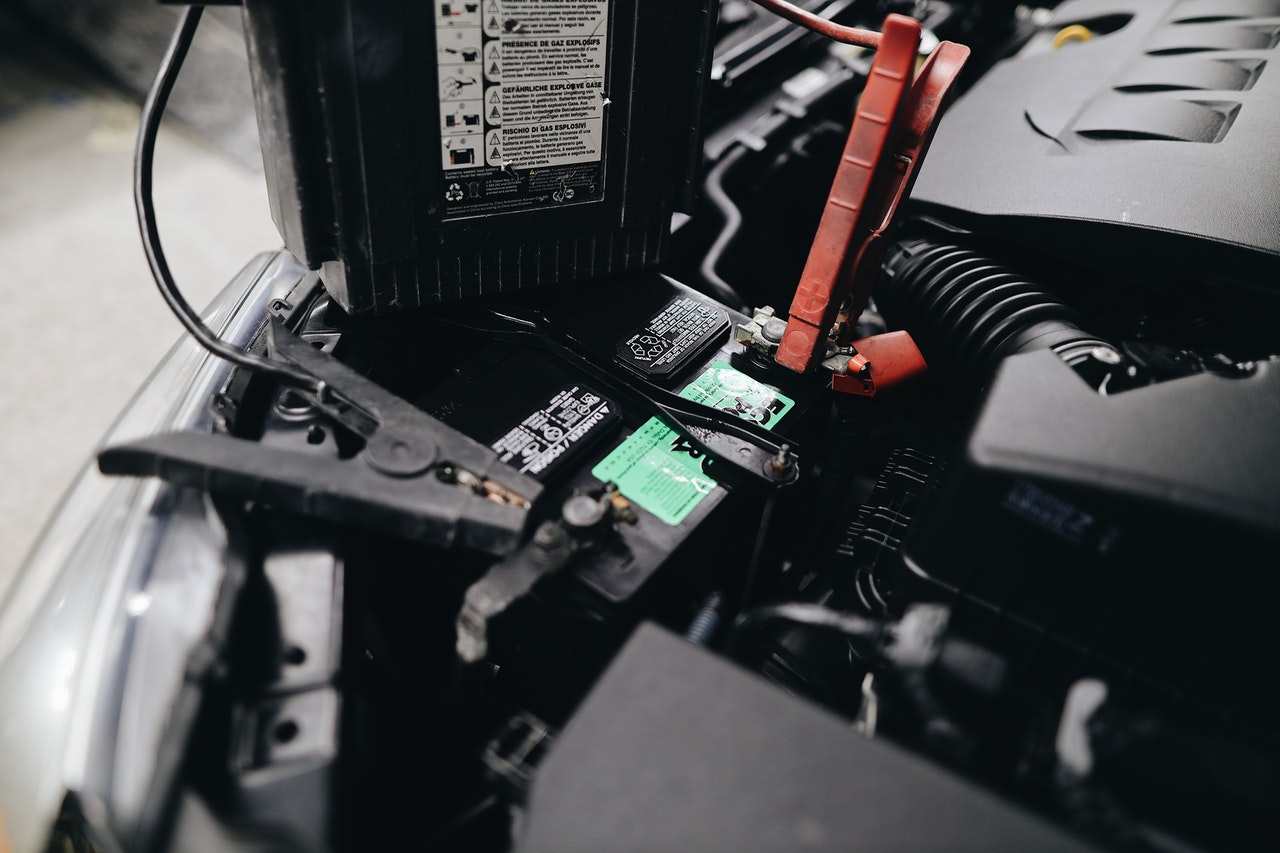 Automotive batteries can discharge for a host of different reasons, maybe you left the electricals on without the engine running, maybe it’s a parasitic drain eating away your charge, or maybe it’s just that, you don’t drive your vehicle as much – that can do it too.

In any case, if you cant get your car up, jump-starting the battery is a tried and tested solution that you might consider.

Jump starting a vehicle seems like an easy job, you just clamp the connectors and transfer the charge from the good battery to the dead one.

But as simple as it may seem, just the simple mistake of not connecting the terminals right can spell the end for your car battery.

Failing to recognize which is the positive and which negative is not a common occurrence, in fact, most people do actually have it right. But for the curiosity of the reader let’s consider what would happen if the terminals were reversed.

Car batteries are a bit more complex than they might appear. When jump-starting a car there are certain caveats to charging your vehicle as the transfer of energy from one battery to another is not as simple as it seems.

Connecting the battery terminals in reverse can cause serious damage to the battery itself, the electrical components, and even to yourself. Each terminal of a car battery uses 12V of current with positive and negative orientation. The cable on the positive terminal uses +12V while the one on the negative side uses -12V.

If the positives and negatives are switched, the battery will try to compensate and make the negative 12 volts into a positive charge resulting in a huge surge of power and an enormous amount of heat to be produced. Needless to say, it will not be tolerated well by the system or the components within and depending on certain factors will incur damage that is mostly going to be severe and irreparable.

With an instant surge of electricity, the first to face the wrath and the consequence of an experiment would the jumper cables. the extreme heat produced will quickly melt the insulators on the jumper cables, clamping them forever on the battery which will be next in line as the plastic top will melt and bend.

The battery will be warped as the acidic fluids inside will boil from the extreme heat produced in the reaction. Additionally, it may spill to damage parts in the vicinity and you might not be able to do anything about it.

Whether you have an explosion or not depending on the other factors and the condition of the batteries, you will however surely find blown-up fuses and wires in your vehicle.

The vehicle charging the bad battery might also suffer mechanical damage. The surge in power will have a negative effect on the alternator and may even cause irreparable harm.

If the battery is in poor condition or has not been used in a while, jump-starting with cables reversed can worsen the situation. The bad battery can even explode and cause damage to the people around.

Other Things To Consider When Jump Starting

Firstly look in the owner’s manual for any precautions or know-hows before attempting to jump-start. Some cars may use lugs instead of clamps while some vehicle may require certain precautions as removing fuses or turning on defroster. Some newer cars do not allow jump-starting and can even void your warranty so be sure to read the warranty conditions as well.

Do not let the two vehicles touch

Turn both vehicles off before locating the battery

Make sure the terminals aren’t dirty and if they are clean them with a dry cloth.

Verify if the voltage is correct using a multimeter, if the voltages do not match it could spell serious problems for both the batteries.

Remove or turn off accessories and electricals such as headlights, radios, and turn signals as the surge in power will surely short them out

Make sure the vehicle are in neutral.

Check if the fluids aren’t frozen or the battery isn’t warped and bent out of shape. If it is, it could lead to an explosion.

Always start with the bad battery first as it does not have a charge and is safe to operate.

Don’t leave anything under the hood when starting the vehicle

After charging the battery, drive the car for 15-20 minutes to let the alternator fully charge the battery.

How To Connect Jumper Cables Properly

With the potential risk of physical harm and the enormous costs involved in replacing and reprogramming the ECUs, operating a car battery to jump-start without proper knowledge is not a good idea and can land you heavy repairs if you are not careful with the steps.

A car battery has two terminals namely positive and negative. Each terminal can be identified using its color and the sign it uses. Connecting each terminal firmly is extremely important as a loose connection can hinder the process and not effectively charge the battery.

Now with the basics out of the way, let’s get to the very important matter that requires you to be extremely careful and a little on guard.

In electronics, the positive terminal is always connected first in order to avoid a high voltage meet of the semiconductors. When connecting the jumper cables always remember to first clamp cables from the positive terminal of the battery, which is usually red in color and is marked by a positive (+) sign, and only after properly connecting should you begin to connect the cables from the negative terminal, usually represented in black color with a minus (-) sign. Also, be wary of any metal object touching both terminals of the battery simultaneously.

To better understand the implications of not connecting the positive first, let us assume, one has connected the positive terminal first.

When the negative terminal is connected, the whole chassis including the metal bolts holding it in place become grounded, upon which placing the positive terminal, connects the spanner with any common ground resulting in some sparks, splashes in a best-case scenario, and a dead battery or even an explosion of the unit in a nightmarish one.

Connecting the positive terminal first is recommended to ensure the spanner is not able to cause any damage even if it has met the chassis.

On the contrary, it is recommended to start with the negative terminal while disconnecting the cables.

Can Get Electrocuted While Operating A Car Battery?

The current from a 12VDC system is not massive enough that it can harm you, in fact, one might not even be able to detect such low voltages as the current needs to overcome the resistance of and go through. To have any effect on you, the current from the battery will have to penetrate the skin in order to electrocute you.

High voltage sources of current independently are not dangerous, Although there are a few other things that you should look out for when dealing with your car battery such as an acid leak, sparks plug arcing, jumper cables.