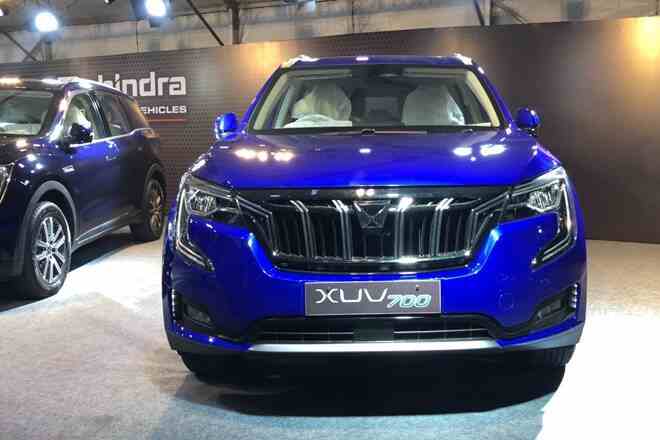 The recently revised XUV 700 is Mahindra’s step into holding the reign in the SUV segment as the best affordable seven-seater in the country. The biggest highlight of the XUV 700 is its jaw-dropping price. At a base price of only 11 lakh it is certainly a standalone piece..

The SUV boasts some of the most coveted features in its segments such as a large sunroof, a powerful 2.2 litre mhawk engine, auto boosting headlamps, and many other features like that. And while the range-topping variant should have all the bells and whistles you’d come to expect from an SUV of this standard, we found some things lacking here and there that would have made the XUV 700 even better.

Most high-end SUVs today come equipped with auto-dimming mirrors as standard. It is quite a useful feature, especially at night. Auto-Dimming IRVM is a feature that helps reduce glares created by the headlamps of the trailing vehicles. It makes the rear vision at night

But sadly this feature is missing from the Mahindra XUV 700.

Puddle lights are a common thing nowadays typically among EVs. They are rarely seen on over at their traditional counterparts though it would be good to have them as a standard feature now. It is a feature that could be much appreciated if it were standard on all sports utility vehicles as it is what the technology seems to be designed for. In taller vehicles, the puddle lamps serve the purpose of, well, helping you not find your foot in a puddle of sorts by mistake.

SUVs today are shorthand for luxury cars. Even the brands which once produced exotic race cars and luxury sedans are now making a major part of their profits through SUVs. And so, it would be rather odd to not have ventilated seats in a luxury item like the XUV 700. This missing feature includes

For such a luxurious seven seater like the mahindra XUV, comfort should be all around. It has a spacious cabin, imposingly large presence and comfortable interior setting. Unfortunately though the SUV only has adjustable seats on the front row and not the second which might be an inconvenience to some.  An adjustable second row can be really helpful in long journeys and is a family friendly feature that is sadly missing from this SUV.

One of the big challenges while driving a seven seater is manoeuvring, particularly when parking in tight spaces. Parking sensors also known as proximity sensors are devices inside the front bumper that are stimulated when nearing any kind of obstruction. They are a helpful assistance in parallel parking and surely a must have feature on large a SUV.